FLIR Systems, Inc. today announced the availability of three products for use by global militaries and government agencies including border patrol agents. These products include two FLIR Ranger® mid-range panel radars, one with airborne drone and ground target detection, and the Recon® V UltraLite thermal monocular. The products, unveiled at the Special Operations Forces Industry Conference (SOFIC) 2018 in Tampa, Florida, are part of FLIR’s Soldier Solutions family and demonstrate the company’s commitment to deliver the most advanced equipment to armed services personnel. 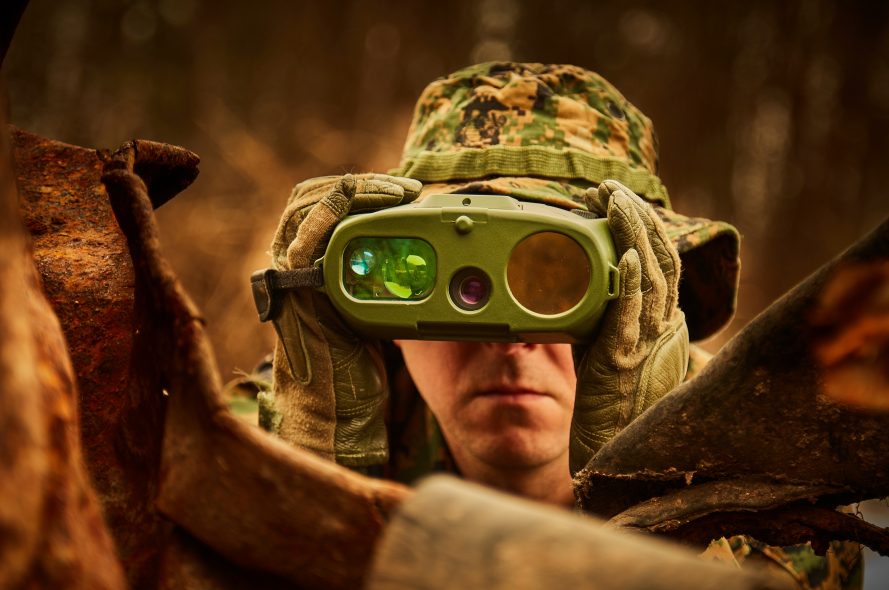 The FLIR Ranger R8SS-3D and R8SS radars, part of FLIR Ranger family of radars, offer mid-range detection capability for both fixed-based installation and forward-deployed operations personnel. The R8SS-3D detects both land and air objects, such as micro-drones, and differentiates birds from drones. The Ranger R8SS-3D reports the altitude and location of small drones at ranges of 2 miles and can also detect vehicles and people walking or crawling. Both the R8SS-3D and the R8SS, the latter of which offers land detection only, can detect over 500 threats and their exact locations simultaneously, and work within an existing data network. The R8SS series mount to either a vehicle, surveillance tower, or tripod, and allows for full 360-degree surveillance, ensuring that threats within surveillance range are detected.

The FLIR Recon V UltraLite is the latest thermal monocular in the Recon series, which is currently used by military, government, and police forces around the world. Weighing less than three pounds (1.4 kilograms), 2.5 pounds (1.1 kilograms) lighter than previous versions, the Recon V UltraLite can be used as a handheld device or mounted to a tripod or other fixed location. The system also has Android Tactical Assault Kit (ATAK) network capabilities to provide warfighters real-time understanding of what’s going on around them. Durable and easy to operate, the Recon V UltraLite uses commercially available AA batteries and features up to 4 hours of continuous use.

“With the ability to detect both drones and land-based objects, our new mid-range 3D radar complements our Ranger radars product line, filling a critical gap for fixed site security and the broader force protection mission,” said James Cannon, President and CEO of FLIR. “All of our innovations are the result of FLIR’s strategy to create advanced technology funded by our own research and development. These products demonstrate our focus on anticipating future needs of the dismounted warfighter and border patrol agent, and we are pleased to help support the missions of the men and women tasked to help keep us safe.”

Russian Minister of Defence holds talks in Tashkent with his counterpart