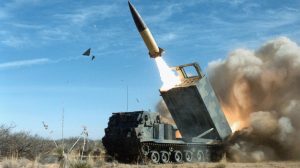 This proposed sale will enhance the foreign policy and national security objectives of the United States by helping to improve the security of a Major Non-NATO Ally that has been, and continues to be an important force for political stability and economic progress in the Middle East.  The proposed sale of the M31 GMLRS Unitary Rocket Pods and ATACMS T2K Unitary Missile will improve Bahrain’s capability to meet current and future threats and provide greater security for its critical oil and natural gas infrastructure, and significant national events.  Bahrain will use the enhanced capabilities to strengthen its homeland defense and deter regional threats.  Bahrain will have no difficulty absorbing these rocket pods into its armed forces.

The proposed sale of this equipment and support will not alter the basic military balance in the region.