Seraj is a 35-mm artillery system with an optimized cannon which uses radar and a new optic system to intercept the enemy targets, specially tiny flying objects.

During the Monday wargames being held in the Central, Eastern, Northern and Western parts of Iran, Seraj successfully intercepted and destroyed a mocked drone of the enemy, rold Fars News Agency. 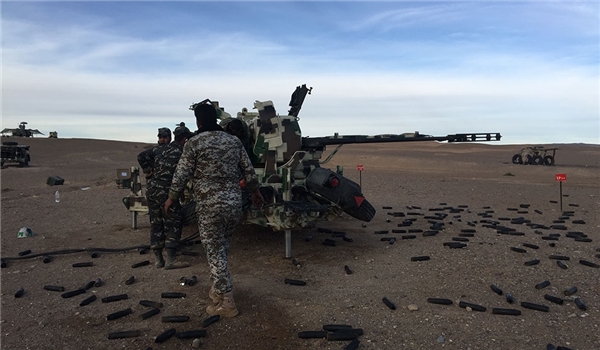