President of the Republic of Azerbaijan Ilham Aliyev has viewed a newly built Tufan (originaly name Saar-62 OPV) type border guard ship, and military hardware, weapons and ammunition at the Shipyard and Repair Center of the Coast Guard of the State Border Service.

Chairman of the State Border Service, Colonel-General Elchin Guliyev reported to President Ilham Aliyev. Elchin Guliyev then informed the head of state of the work done.

President Ilham Aliyev watched a film highlighting the construction of the border guard ships of the Coast Guard and familiarized himself with their technical indicators.

Mobile food processing machinery, as well as technology for the repair of border guard boats were also demonstrated. 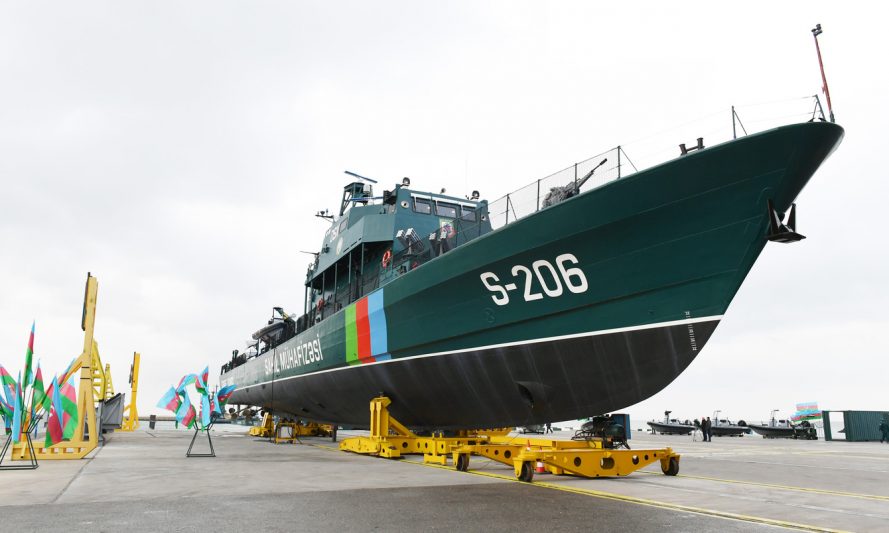 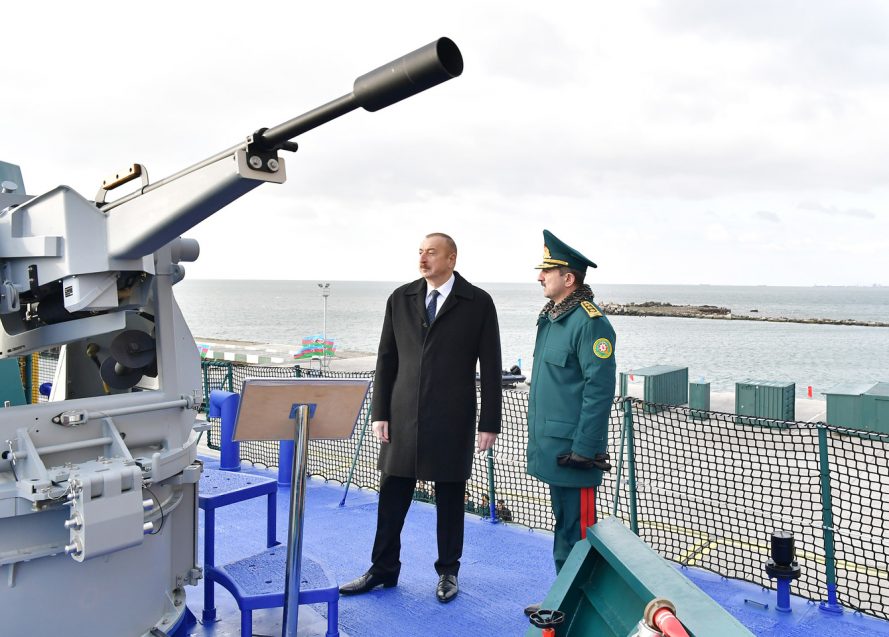 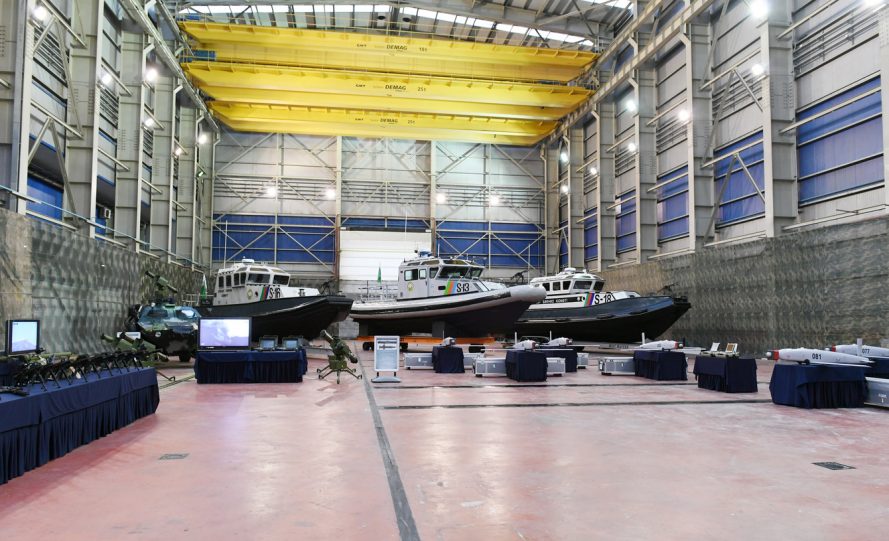 MBDA successfully demonstrates the anti-surface capabilities of the Mistral missile