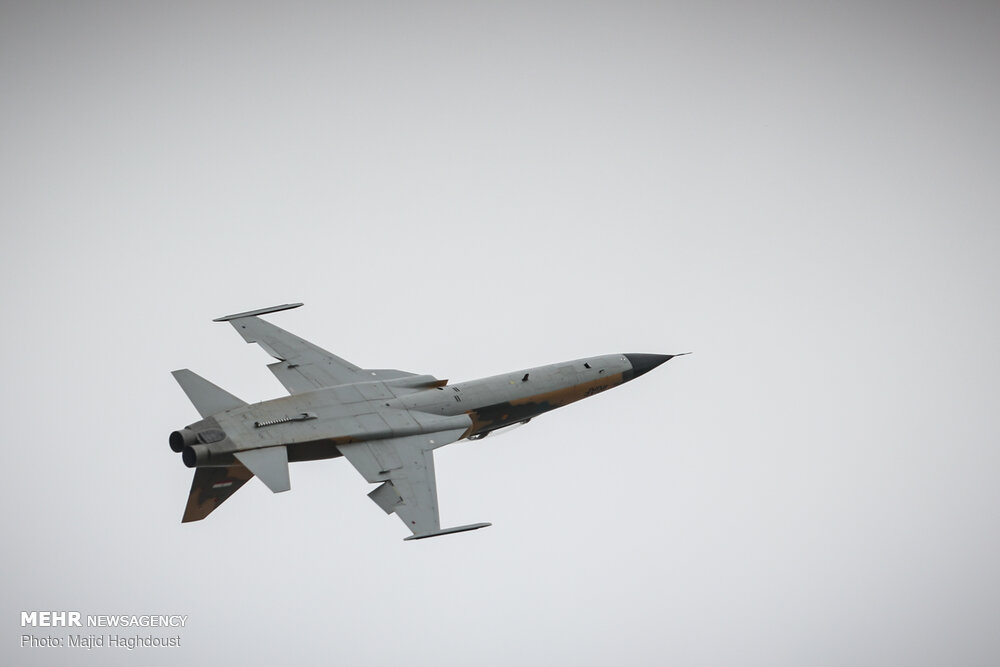 This was the first time that home-made fighter jets carried out maneuvers on the April 18 National Army day.

Kosar made its first training airshow flight over the Capital Tehran on April 16. It is a twin-engine military fighter, which is capable of carrying various weapons and is used for short aerial support missions. Kosar is equipped with the fourth generation of avionics systems and it can carry various kinds of missiles and bombs that are designed and manufactured domestically and there will be no need for any foreign help, reported Mehr News Agency.

As reported, the single-seat Saegheh is an advanced supersonic trainer fighter jet.

In recent years, Iran has made great achievements in the defense sector and gained self-sufficiency in essential military hardware and defense systems.