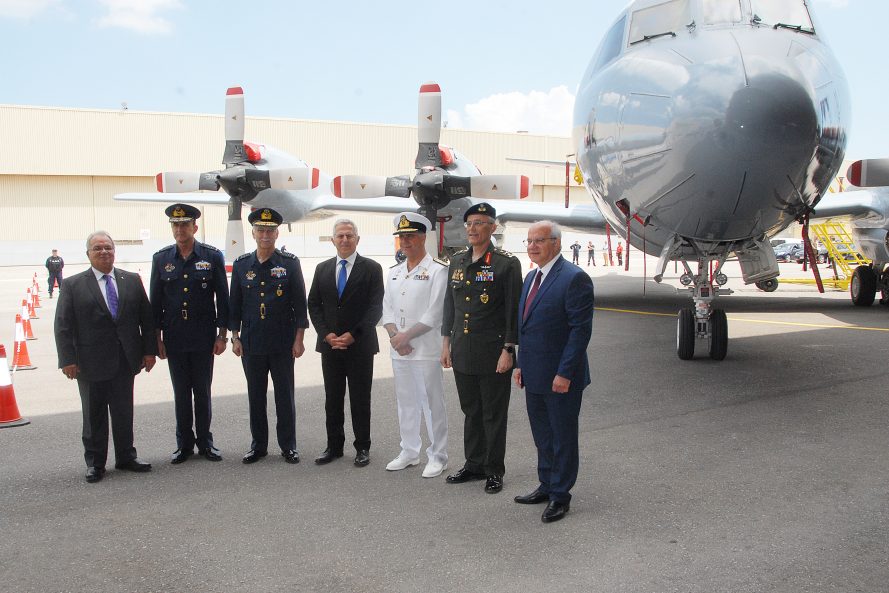 The event was attended by senior leaders from the Greek government and the Hellenic ministry of National Defense, the Hellenic Navy and Air Force, as well as representatives from the U.S. Embassy in Athens, Lockheed Martin and HAI. Local government officials also attended the ceremony.

The government-to-government agreement between the United States and Greece was announced in 2015, providing for the re-activation of one Hellenic Navy P-3B Orion maritime patrol aircraft, which is the aircraft delivered today.

MLU kits provide an extension of service life by 15,000 flight hours. In addition, this contract provides for phased depot maintenance; a Greece indigenous mission integration and management system; new avionics; and other ancillary hardware and services.

Evangelos Apostolakis, Greece’s minister of National Defense (MoD), welcomed the delivery of the first interim solution P-3B Maritime Patrol Aircraft of the Hellenic Navy and underlined the operational benefits of their upgrading program of at a national and international level. The MoD stated that this program meets the optimal cost-effectiveness solution, underlining at the same time its contribution to the reinforcement of the domestic defense industry.

The P-3 Orion is the model in maritime patrol and reconnaissance aircraft, and is used for homeland security, anti-piracy operations, humanitarian relief, search and rescue, intelligence gathering, antisubmarine warfare and, recently, to assist in air traffic control and natural disaster relief support. The Hellenic Navy operated the P-3 fleet for 15 years.

“Today we are especially proud as the delivery of this first aircraft, represents an important step in enhancing Greece’s maritime patrol capability. The P-3 MLU and Avionics Modernization Program provides state-of-the-art operational advantages to the Hellenic Navy to not only support present mission requirements, but future ones as well,” said Karmyn Norwood, vice president of International Programs for Air Mobility & Maritime Missions at Lockheed Martin. “This program also exemplifies the power of partnership, from the support of the U.S. Navy and the Hellenic Navy to the outstanding work delivered by the HAI team. Together, we provide the best resources and value to Greece.”