On June 5 – 10 LNS Aukštaitis (P14) patrol ship takes part in multinational manoeuvres Baltic Coach 2019 in the Baltic Sea. She will train with FGS U-33 submarine and FGS Fehmarn of the German Navy. 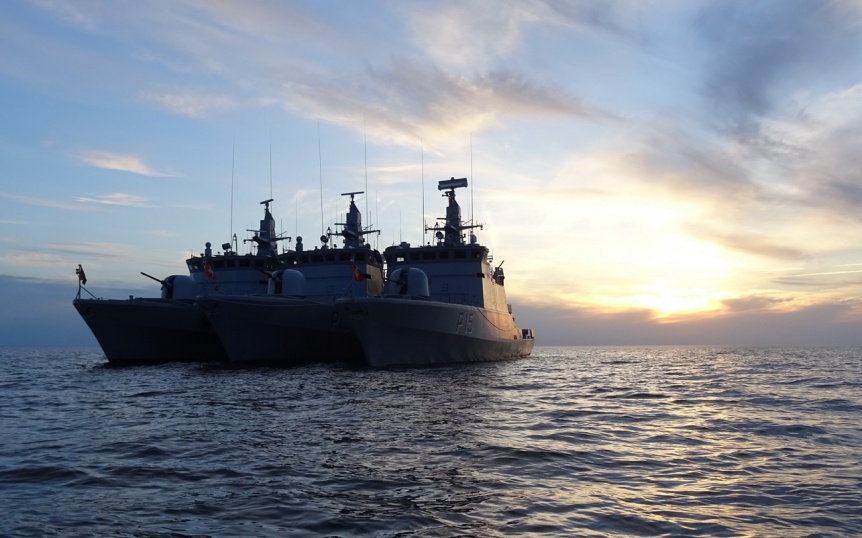 Another Lithuanian Navy vessel of the same class LNS Sėlis (P-15) has recently brought a sonar to be installed on her from Denmark. The Lithuanian Navy have not had have such capabilities since discarding two frigates in 2008–2009.

According to one of the project officers, the exercise will train personnel to work with the equipment — lift, lower, haul the sonar, while real-life training with a real submarine will help to test characteristic s of the sonar in the Baltic Sea.