Around 8,600 U.S. and European troops from 18 nations are taking part in the annual BALTOPS naval exercise that starts on Sunday (9 June) in Germany’s Baltic Sea port of Kiel. The 47th BALTOPS exercise involves maritime, air and ground forces with about 50 ships and submarines and 40 aircraft and will run through 21 June. The training includes finding and destroying sea mines and submarines, the use of air defence and landing troops onshore as well as defence against attack from enemy navy vessels. 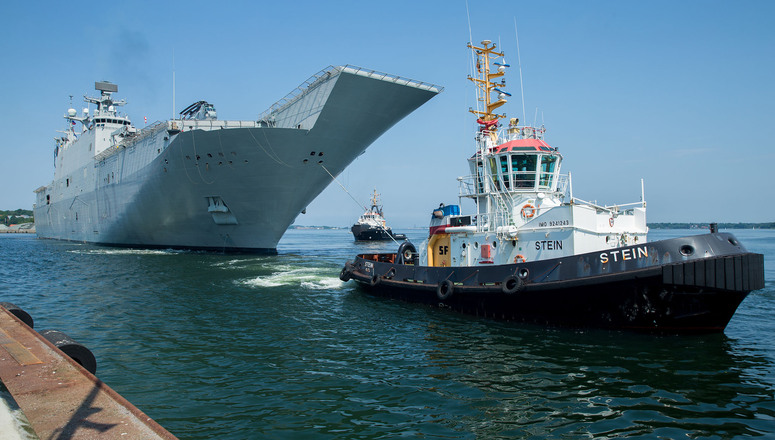 “The Baltic Sea is of vital strategic importance for the Alliance and is bordered by six NATO countries”, said NATO spokesperson Oana Lungescu. “BALTOPS is now in its 47th year and is not directed against anyone – but clearly the security environment in the region has deteriorated after Russia’s illegal annexation of Crimea.” She added, ”BALTOPS tests how well our forces work together and shows that NATO can defend itself against any adversary.”

BALTOPS is the largest exercise series in the Baltic Sea. Participating troops come from Belgium, Denmark, Estonia, Finland, France, Germany, Latvia, Lithuania, the Netherlands, Norway, Poland, Portugal, Romania, Spain, Sweden, Turkey, the United Kingdom, and the United States. Russia used to participate in the exercise but has not been invited since its illegal annexation of Crimea in 2014 and its continuing destabilizing of eastern Ukraine.

This year’s BALTOPS is run by the U.S. Navy’s 2nd Fleet command in Norfolk, Virginia and marks the command’s first major engagement in Europe. The 2nd Fleet command was re-established last year in response to Russia’s growing naval activity in the Atlantic. Vice Admiral Andrew Lewis will run BALTOPS from the U.S.S Mount Whitney command ship. BALTOPS will also be among the first major training opportunities for the UK-led Joint Expeditionary Force, a 3,000 strong force drawn from several NATO and partner countries.

As part of the exercise, naval infantry forces will conduct amphibious assaults in several locations within the Baltic Sea region. NATO’s Air Operations Centre in Uedem will direct all air operations. Aircraft will work with naval forces to provide air defence, surveillance and provide cover for amphibious operations. Upon conclusion of the exercise, most ships will sail to Kiel to participate in the Kielerwochen naval parade.

Ministers of Defense of Azerbaijan, Turkey, and Georgia to hold a trilateral meeting