The advancement of Belarus-Egypt cooperation in defense industry was discussed at a session of the Belarusian-Egyptian commission on military technology cooperation in Cairo on 9-10 June. 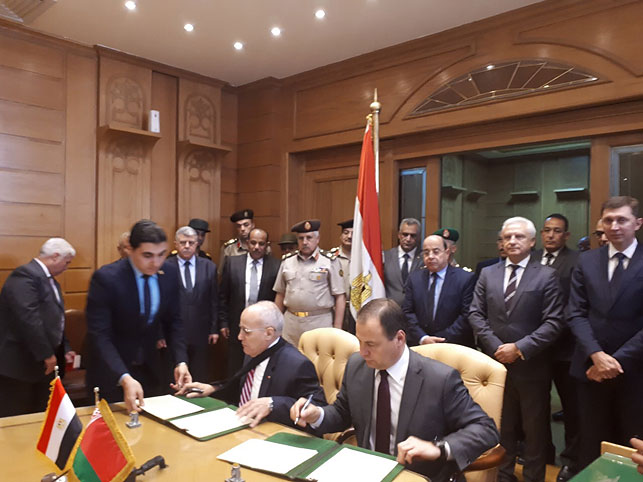 The head of the Belarusian delegation also met with Chairman of the Arab Organization for Industrialization (AOI) Abdel-Moneim El-Terras and top officials of several branches of the Armed Forces of Egypt.

The session and bilateral meetings touched upon a large number of matters of cooperation in defense industry taking into account the latest accomplishments of Belarus in this sphere. The sides discussed possible supplies, joint production, modernization, and repair of special hardware and equipment with a view to effectively responding to modern security challenges and threats.

As a result of the meeting the minutes of the session was signed and a roadmap was initialed on advancing cooperation between the State Military Industrial Committee of Belarus and the Defense Ministry and the Military Production Ministry of Egypt in 2019-2021.

The Lithuanian MoD and the U.S. signed a procurement contract for buying radio communication equipment

Patria and the U.S. Army entered into agreement for a feasibility study of Patria Nemo 120 mm mortar system