Leonardo and Diamond Aircraft Industries are teaming up to offer a version of Diamond’s popular twin-engine DA62 aircraft customised for maritime surveillance missions. The new variant, designated DA62-MSA (Maritime Surveillance Aircraft) will be on show for the first time at Paris Air Show later this month. It will be outfitted with a full Intelligence, Surveillance and Reconnaissance (ISR) suite based on Leonardo’s ATOS (Airborne Tactical Observation and Surveillance) mission system. 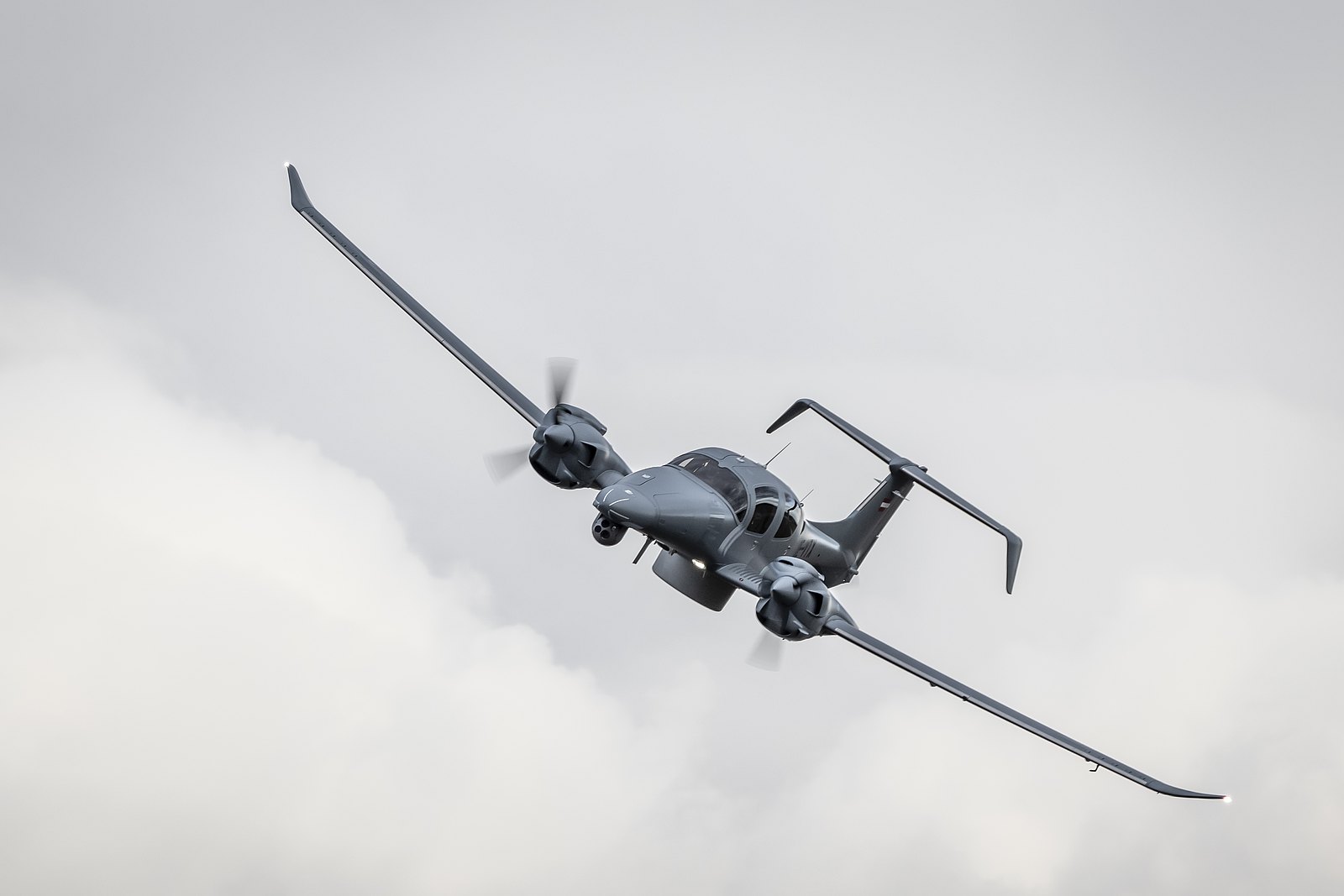 The collaboration is a response to the need for cost-effective, short/medium-range land and maritime surveillance platforms in regions such as South America, Africa and Asia Pacific. The DA62-MSA meets this requirement by bringing together an affordable and pilot-friendly aircraft with a full set of state-of-the-art sensors which, through the ATOS mission system, deliver a single, intuitive operational picture to the crew.

More than 110 Twin Engine Special Mission aircraft have been sold by Diamond and more than 60 ATOS systems are installed by Leonardo on 10 different platforms, including for Italy’s Air Force, Guardia di Finanza (customs police) and Coast Guard and Australian Customs. With the DA62-MSA, Leonardo and Diamond are able to offer an extremely cost-effective and user-friendly light ISR solution for maritime security needs, with a Take Off Weight (MTOW) of 2,300kg, endurance of up to 8 hours and up to four crew able to operate with land and maritime radar.

Liqun Zhang, CEO of Diamond Aircraft said, “Diamond Aircraft is very proud to step into such an important strategic partnership with Leonardo to provide a cost-efficient high-performance maritime surveillance solution to the market. We all recognized the importance of such a capability and the high demand of many countries to protect their borders against illegal fishing and other criminal operations, This new airborne solution, based on our DA62 Special Mission Aircraft, will be available to the market by the end of the year, ready to deliver and provide security and surveillance tasks. During Paris Air Show 2019, Stand A6, the very first time Diamond will static display this configuration to the audience.”

Fabrizio Boggiani, Senior Vice President Airborne Sensors & Mission Systems, Leonardo Electronics said “Partnership is central to Leonardo’s way of doing business and as such we are delighted to be working with Diamond Aircraft on this venture. Our aim is always to provide the optimum solution to our customers and we believe that this combination of Diamond’s platform with a full suite of Leonardo sensors and our mission system provides an extremely compelling offer for this market segment.”

Rheinmetall NIOA Munitions to produce ammunition for US F-35 programme

In an Australian first, Rheinmetall NIOA Munitions (RNM) is set to produce and export ammunition for the US F-35 Joint Strike Fighter programme. RNM has announced that it...