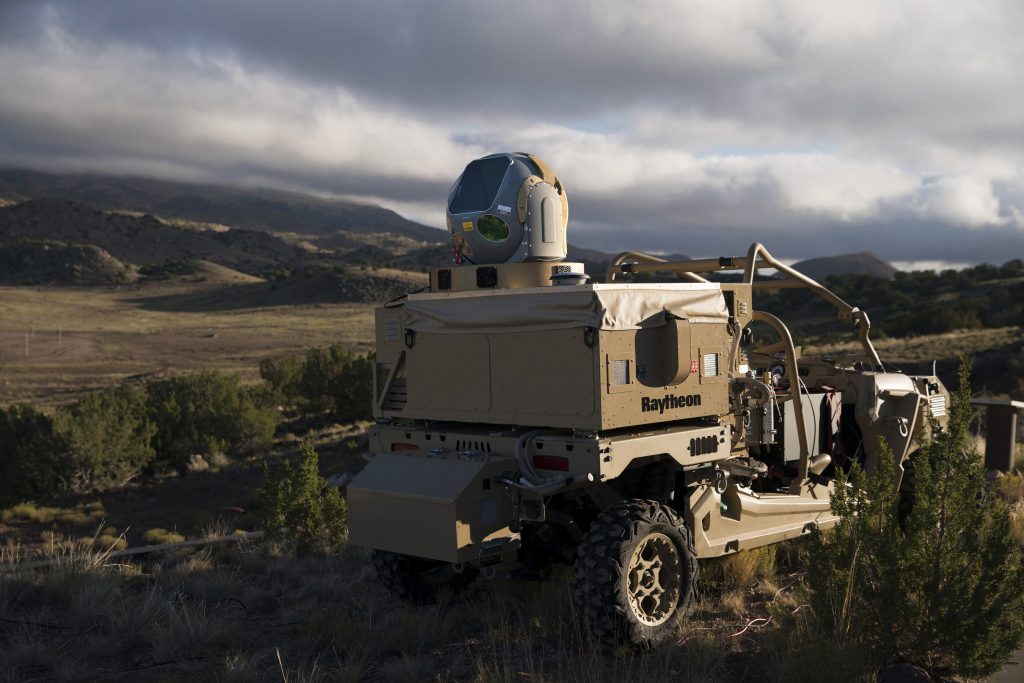 Raytheon’s HELWS uses pure energy to detect, identify and instantly take down drones. It can target a single drone with precision. The HELWS is paired with Raytheon’s Multi-spectral Targeting System. It uses invisible beams of light to defeat hostile UASs. Mounted on a Polaris MRZR all-terrain vehicle, the system detects, identifies, tracks and engages drones.

“Every day, there’s another story about a rogue drone incident,” said Stefan Baur, vice president of Raytheon Electronic Warfare Systems. “These threats aren’t going away, and in many instances, shooting them with a high energy laser weapon system is the most effective and safest way to bring them down.”

The contract follows successful demonstrations of Raytheon’s directed energy systems for the Air Force and the U.S. Army.