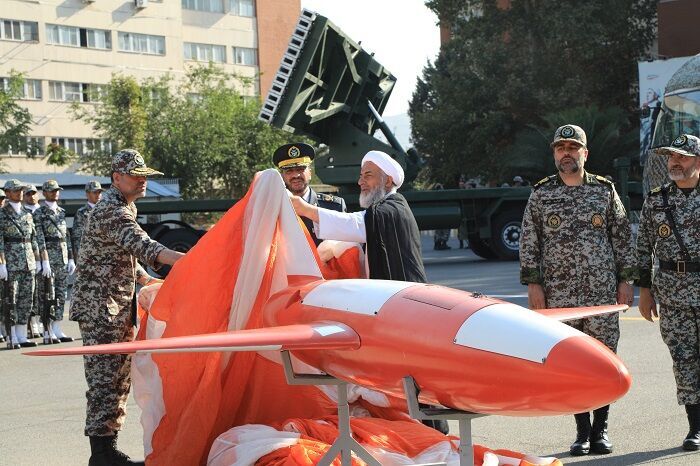 The drone was unveiled in a ceremony in the presence of Commander of Army Air Defense Force Brigadier General Ali-Reza Sabahifard.

Brigadier General Sabahifard said in the ceremony that the aerial vehicle is able to conduct long reconnaissance and surveillance missions and has been developed in two versions.

He said that Kian has been fully developed by Iranian technicians of the Army in approximately a year, adding that due to the fact that it enjoys a capability of long time mission, the unmanned vehicle is able to hit target far beyond the borders of the country and actually carries out mission deep inside territory of the enemy.