The US Army is one step closer to fielding a new infantry squad vehicle after naming three industry leaders to develop prototypes, Aug. 23, 2019. 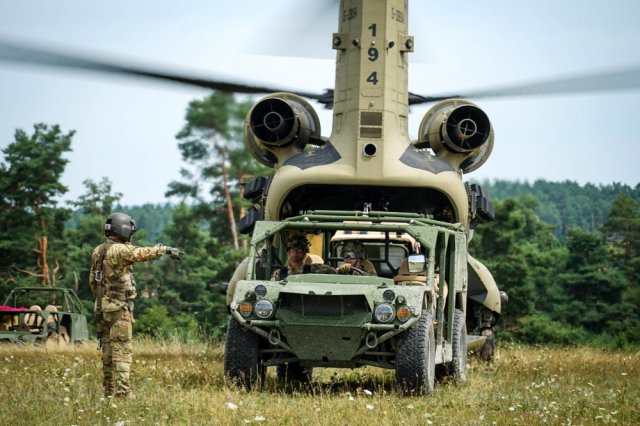 In February 2019, the Army approved a procurement objective and plans to purchase 649 ISVs.

A nine-Soldier infantry squad, along with associated equipment, will comfortably maneuver in the vehicles up to 5,000 pounds, Herrick added.

The scheduled delivery date for all three competing teams is Nov. 13, at Aberdeen Test Center in Maryland for initial assessment. The competing teams include Oshkosh Defense/Flyer, GM Defense, and SAIC/Polaris.

“Upon their arrival at the Maryland proving ground, all designs will compete in several performance, operational, and characteristics tests. Evaluations are scheduled to run through December,” Herrick said.

Following their early trials, the vehicles will be moved to Fort Bragg, North Carolina, to undergo their second round of testing. Once there, they will be subject to operationalized assessments through a series of tests on how effective the prototypes work for Soldiers.

“The Army plans to down select to one company for production in the second quarter of fiscal year 2020,” Herrick said. “This selection will be based largely on Soldier input and response to a formal request for proposal for production.”

The ISVs have been intended to provide ground mobility vehicle capabilities to the Army since the original model.

At first, the Army started looking toward industry to develop the new ISV in September 2018. Lightweight vehicles are essential to increase speed in combat and provide ability to be transported by helicopter into austere locations, Herrick said.

DSEİ-2019: General Robotics showcases the next generation of the Pitbull-3 Anti-Drone RWS