BAE Systems is showcasing for the first time a version of the BvS10 all-terrain support vehicle at DSEI 2019, which will significantly streamline information load and increase situational awareness for crews. 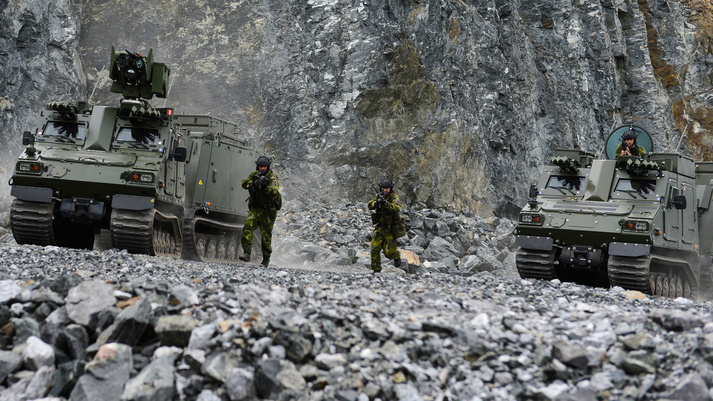 The versatile, tough BvS10 is fitted with a Generic Vehicle Architecture (GVA) equivalent system to increase the vehicle’s current operational capability and ensure critical upgrades quickly get to the battlefield. GVA is a NATO standard for operating systems in military vehicles employed by the UK Ministry of Defence and allied forces.

Standardizing multiple user interfaces to create an integrated system-of-systems in the BvS10 will shorten crew training times, increase crew agility by making it easier to change duties and vehicles, and ultimately increase combat efficiency. The GVA’s design architecture supports interoperability across vehicle fleets and allows for a rapid and cost effective technology refresh, while greatly reducing system lifecycle cost.
This technology upgrade brings the vehicle up to the standard required by potential future users in European markets and demonstrates that the flexibility of the GVA’s mission systems allows it to be tailored to meet specific customer requirements and create effective integration into the host vehicle. Fitted with several cameras, as well as monitors front and back, this BvS10 now demonstrates the extended situational awareness and increased communication capacity for the crew while they remain under cover in the protected armored vehicle.
“Using a GVA approach to operate in a single information environment can protect crews from information overload and encourage them to work better together,” said Peter Nygren, head of Business Development at BAE Systems Hägglunds in Sweden. “As we look to the future of extreme mobility vehicles like the BvS10, it is clear that optimized, tailored mission systems will be a critical differentiator for many militaries.”
The vehicle on display at DSEi incorporates the convenience of GVA equivalency with the unrivalled mobility and crew protection of the BvS10. A highly versatile vehicle, the BvS10 can operate in the toughest environments and terrains from mountains and rocks to snow and swamps. It can withstand extreme temperatures and has an amphibious capability.
The BvS10 provides superior performance for operating in challenging terrain. It’s designed with significant flexibility to accommodate changing mission requirements – from delivering personnel or cargo in combat to disaster relief scenarios – and is prepared for advanced battle management and command and control solutions.
In February 2019, Austria became the fifth operator of the BvS10, joining France, the Netherlands, Sweden and the United Kingdom. There is significant interest from many countries in Europe and globally in acquiring this flexible and adaptable vehicle. The BvS10s are part of the BAE Systems Hägglunds BV family of all-terrain vehicles, of which over 12,000 have been sold.
Like it? Share it!
« Previous Story