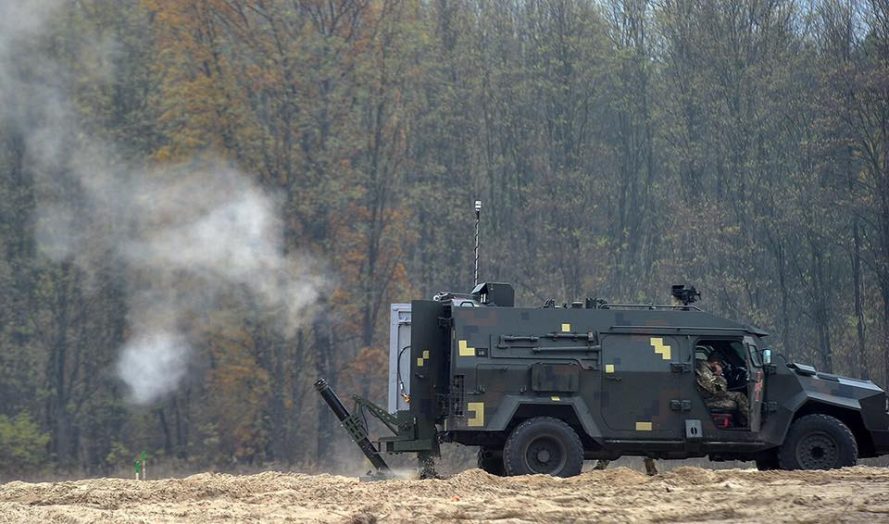 It takes only 30 seconds to bring the complex to combat readiness condition, and in 20 seconds after the last shot to leave the position.

“Bars-8MMK” is equipped with an automatized deployment and firing control system.

120mm mortar complex “Bars-8MMK” based on “Bars-8” armored vehicle designed and manufactured by “Bogdan” Corporation, has been successfully tested at the Armed Forces’ training ground.

110 new Unimog trucks handed over to the Lithuanian Armed Forces