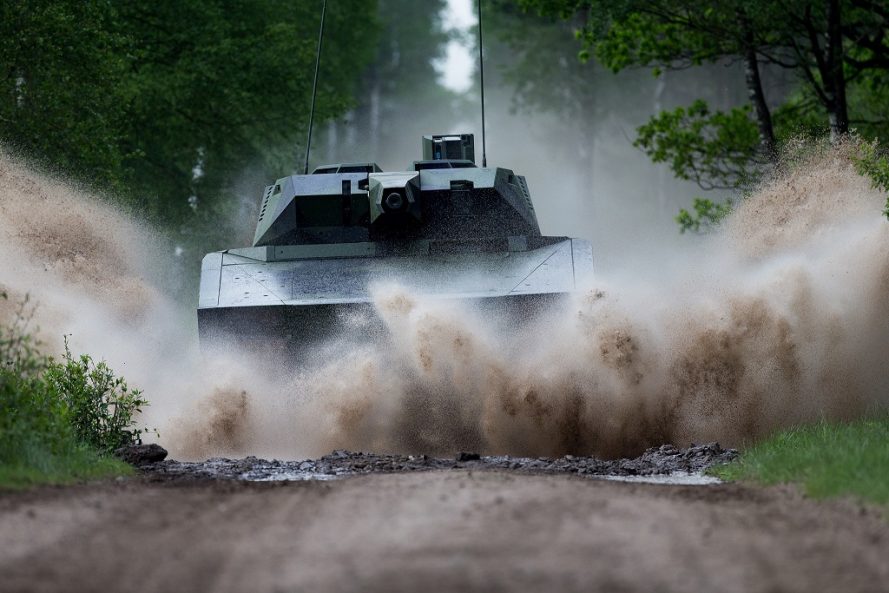 Scheduled for fielding in 2026, the OMFV is expected to replace the Bradley fighting vehicle. The new vehicle will be optimized for urban combat and rural terrain. The Army has named the OMFV as a top modernization priority supported under the service’s Futures Command structure.

“This advanced combat vehicle will be made in America,” said Sam Deneke, Raytheon Land Warfare Systems vice president. “Our team will produce and deliver a fighting vehicle to the U.S. Army that protects our troops and gives them an overwhelming advantage on the battlefield.”

Raytheon and Rheinmetall joined forces in 2018 to offer Lynx for the Army’s OMFV competition. Lynx is a next-generation, tracked armored fighting vehicle designed to address the critical challenges of the future battlefield. Lynx provides ample growth capacity to support new technologies over the vehicle’s lifetime, and features lower life-cycle costs.

“Lynx will be built in America by American workers,” said Ben Hudson, global head of Rheinmetall’s Vehicle Systems division. “By choosing Lynx, the Army has an extraordinary opportunity to provide U.S. troops with a fighting vehicle that will enable them to outmatch the threat for decades to come.”

Combining the best of American and German engineering, Raytheon and Rheinmetall have joined forces to meet the U.S. Army’s requirement for a Next-Generation Combat Vehicle/Optionally Manned Fighting Vehicle.

Lynx is a 21st century solution, providing modularity and maximum available growth capacity for the future.

From its protective hull to its counter-IED system to its LANCE 2.0 turret and 35mm automatic cannon, the Lynx vehicle’s ready-now, modular platform is equipped with full range of advanced systems.

Azerbaijan, U.S. Soldiers Work Together as the Opposing Force at Saber Junction