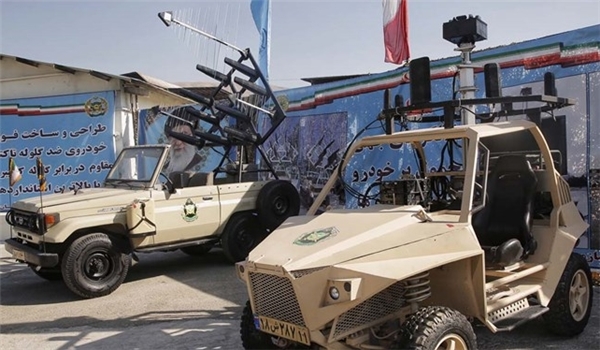 State-of-the-art light vehicle, namely Rouintan (İmmortal), which is resistant to steel core bullets it has the defense standards of Iran is surprisingly agile and powerful, and fully protects the passengers. The vehicle can be used in fighting against terrorists or in classic battlefields.

Heydar 1 smart robot, it has six active wheels, can carry loads and turn 360° and detects obstacles on its path.

Another important product of the Army unveiled is Farpod drone, a small hand-launched drone used for reconnaissance and rapid reaction operations. It is equipped with auto-pilot and can take pictures round the clock.

Meantime, a domical jamming system with the capability of being mounted on vehicles and fixed areas and detecting the targets on monitor as well as a system to guide and control anti-armor Labeik 1 missiles which enjoy precision-striking power were. 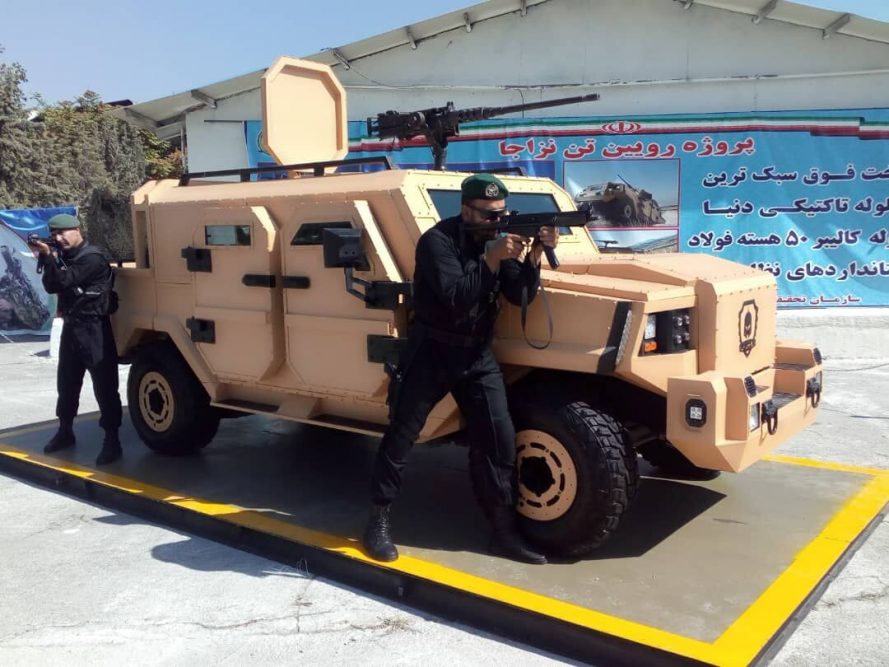 The President of Azerbaijan Ilham Aliyev within the visit to Italy signed the document on the purchase of M-346 Master Fighter Trainer aircrafts. “AzeriDefence”...

Songar, the first national armed drone system to be developed by ASİSGUARD, has been delivered to the Turkish Armed Forces (TAF) after the successful completion of acceptance...