Saab has together with Boeing conducted a successful long-range test firing of the Ground-Launched Small Diameter Bomb (GLSDB) in Norway. 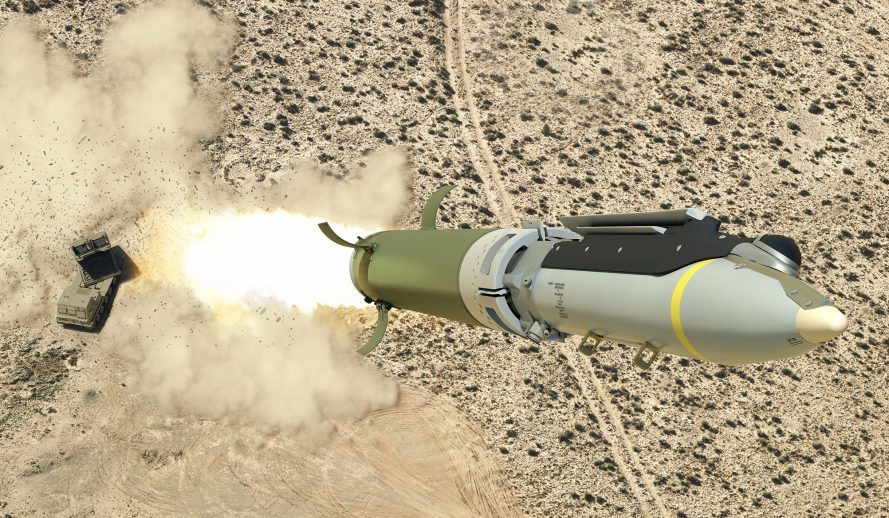 “In collaboration with Boeing, we have developed a highly competent system that offers high precision at long range. We see a lot of potential in the GLSDB, since it provides armed forces around the world with a long range artillery capability, which there is a great demand for”, says Görgen Johansson, Head of Saab business area Dynamics.

GLSDB is a partnership between Saab and Boeing. The GLSDB system stands out with its high accuracy over long ranges, and has the ability to fly complex trajectories and manoeuvres to strike targets that cannot be reached by conventional direct and indirect fire weapons. It is launcher independent, which means that it can be fired from a containerised solution, as well as any launcher capable of using the M26 launch pod container e.g. HIMARS, M270 and ChunMoo. The containerised solution can also be used onboard ships, providing GLSDB with the ability be fired from both land and sea assets.

GLSDB gives land and naval forces a mobile, organic capability to hit targets that were previously out of their reach. This is achieved by taking advantage of the Small Diameter Bomb’s inherent manoeuvrability and accuracy. GLSDB is the ultimate long-range solution, combining affordability and performance, and meets the evolving needs of armed forces today and tomorrow.

Uzbekistan has received next batch of Typhoon-K armored vehicles