NATO Secretary General Jens Stoltenberg and the President of Boeing International Michael Arthur met at Brussels on to mark a major investment in the Alliance’s fleet of AWACS surveillance aircraft. NATO’s 1 billion dollar contract with Boeing will modernise the AWACS fleet, ensuring they continue to support the Alliance’s missions to 2035. 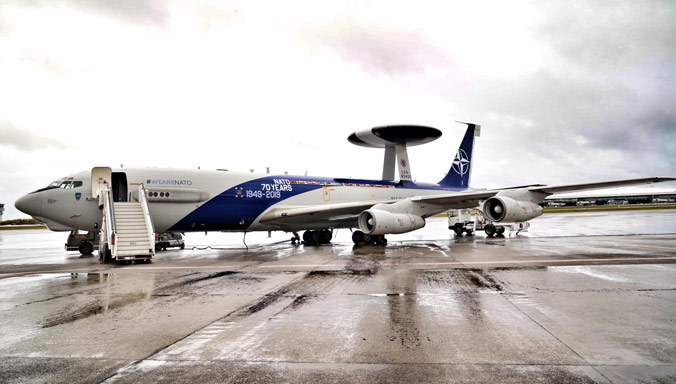 “NATO AWACS have been our eyes in the sky, supporting our operations for decades, from patrolling American skies after 9/11, to our operations in Afghanistan, and as part of the Global Coalition against ISIS,” said the NATO Secretary General Jens Stoltenberg.

He welcomed the contract with Boeing, which will provide NATO’s 14 AWACS aircraft with sophisticated new communications and networking capabilities. 16 NATO Allies, on both sides of the Atlantic, are funding this modernisation, and companies from Europe and North America are working together to provide high-tech capabilities.

“NATO AWACS is a symbol of trans-Atlantic excellence, in terms of technology and partnership between Boeing, NATO and Europe. This modernisation programme will ensure the aircraft continue to thrive,” – noted Michael Arthur, President of Boeing International.

The Secretary General underlined that NATO continues to adapt, and is already planning for the replacement of the AWACS in 2035.

“NATO will work closely with industry. We will consider how technologies – like artificial intelligence, autonomous systems and big data – can help NATO keep its edge,” Jens Stoltenberg said.

NATO operates a fleet of Boeing E-3A Airborne Warning & Control System (AWACS) aircraft, with their distinctive radar domes mounted on the fuselage, which provide the Alliance with air surveillance, command and control, battle space management and communications. NATO Air Base (NAB) Geilenkirchen, Germany, is home to 14 AWACS aircraft. Under normal circumstances, the aircraft operates for about eight hours, at 30,000 feet (9,150 metres) and covers a surveillance area of more than 120,000 square miles (310,798 square kilometres).