A ceremony of laying a foundation stone for a Helicopter Service and Repair Center has today been held at Zabrat airport. 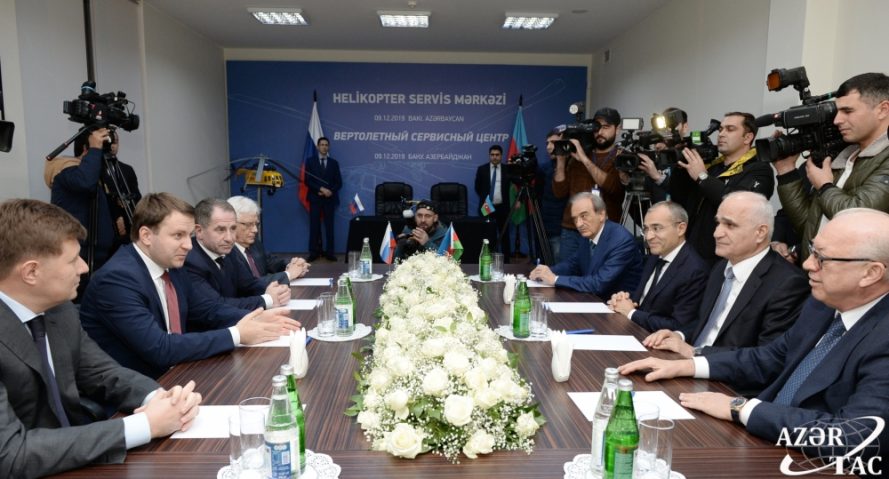 The new Helicopter Service and Repair Center will be built under joint projects in accordance with the decisions of the Intergovernmental Commission on Economic Cooperation between the Republic of Azerbaijan and the Russian Federation related to the development of civil aviation which will be the only such facility in the region. The project will be implemented jointly with JSC “Russian Helicopters”.

After getting acquainted with the territory allocated for construction, an official ceremony of laying the foundation stone was held and the participants placed the symbolic capsule into the foundation.

The project on creation of the Helicopter Service and Repair Center is a continuation of the economic policy of the Azerbaijani President Ilham Aliyev on development of the non-oil sector. The center will serve to strengthen bilateral relations between Azerbaijan and Russia, as well as create new jobs for highly qualified specialists, allow to cover not only the country’s fleet of helicopters used for various purposes, but also attract regional operators of Russian helicopters for repair in the future Service Center.

In the first years of operation of the Service Center it is planned to repair 4-6 helicopters of various modifications, with the subsequent increase of production capacity up to 8-10 helicopters per year.

Creation of such a unique and competitive enterprise on the territory of Azerbaijan will be another key to the success of the development of small aviation in the country and training new personnel of aviation sector.