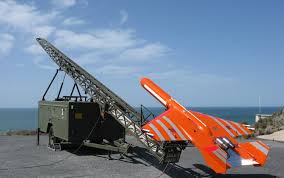 Leonardo has concluded a series of flights with its M-40 target drone as part of a trials campaign in Italy. This saw the drones simulating modern airborne threats, allowing for the realistic demonstration of MBDA’s latest surface-to-air Mistral missile.

The M-40 is Leonardo’s latest entry in its Mirach target drone family and is able to mimic a variety of aircraft and missiles, including radar, infrared (IR) and visual threats. During the Mistral demonstration, the M-40 simulated enemy airborne platforms for the missile to target.

15 international delegations witnessed the trials, the centerpiece of which was the live firing of a Mistral missile at an M-40 drone. The missile intercepted the target, proving its capabilities and allowing MBDA to collect valuable data on the missile’s performance. In total, the M-40 drones carried out 6 flights between October the 28th and November the 6th.

A fleet of M-40 drones is in-service with the Italian Armed Forces, with Leonardo operating the targets on behalf of the Armed Forces on a managed service basis, providing trained crew and all necessary support. Other nations, including some of those attending the trial, have registered interest in a similar service model and the M-40 is also available for purchase as a standalone product.

Leonardo offers the M-40 alongside its Mirach 100/5 target drone, which has been used for over 20 years by a range of Armed Forces: Belgium, Denmark, France, Germany, Greece, Italy, Spain, UK, Algeria, Argentina and Israel have all used Mirach family drones to train. Today, that experience, coupled with modern technology, has allowed Leonardo to develop the M-40, which delivers medium-to-high performance at a price comparable with competitors’ entry-level drones. It is inexpensive to fly and offers 60 minutes of endurance, making it a cost-effective option for a wide range of training and proving requirements. Meanwhile, the Company continues to offer the twin-engine Mirach 100/5 for occasions when customers need to simulate the highest-performance threat systems.

The governments of France and Germany have awarded Dassault Aviation, Airbus, together with their partners MTU Aero Engines, Safran, MBDA and Thales, the initial framework...

On Wednesday (12 February 2020) NATO held a ceremony to mark the conclusion of a Memorandum of Understanding between four nations for the provision of critical satellite communications...

US Department approves possible sale of an IADWS for India

The State Department has made a determination approving a possible Foreign Military Sale to India of an Integrated Air Defense Weapon System (IADWS) for an estimated cost...

Elbit Systems UK has been selected by the Maritime and Coastguard Agency (MCA) to conduct maritime demonstration flights in the UK using a number of its unmanned aerial systems...