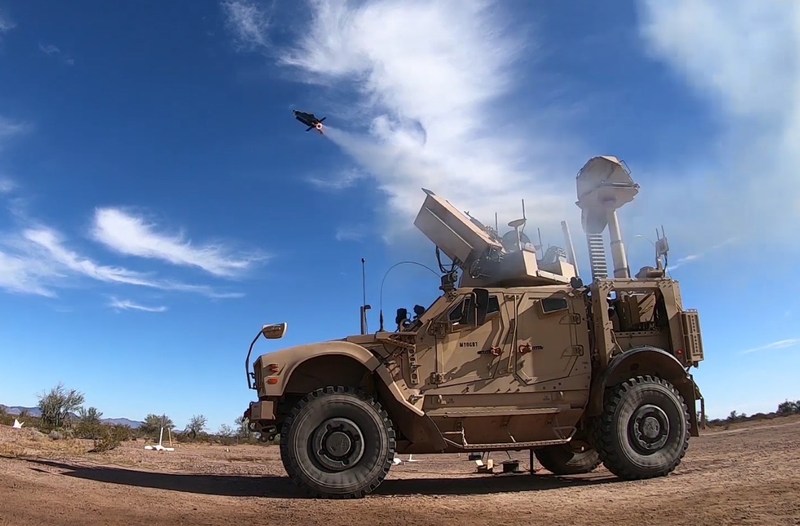 The Coyote® Block 2 counter-drone weapon and KuRFS radar worked together to detect and engage a target in a recent test over the U.S. Army Yuma Proving Ground in Arizona. (Photo: U.S. Army)

The U.S. government has cleared Raytheon Company to sell the Coyote® Block 2 counter-drone weapon to approved allied nations as part of the Howler counter-drone system.

In 2019, the U.S. Army deployed Howler, a combination of the Ku-band Radio Frequency System and Coyote Block 1, into the battlefield. The high-speed, highly maneuverable Block 2 is designed to use Raytheon’s KuRFS multi-mission radar as its fire control source.

Raytheon recently completed developmental, operational and customer acceptance testing on the Coyote Block 2 variant. Powered by a jet engine, the new weapon can be launched from the ground to destroy drones and other aerial threats.

“The KuRFS radar gives soldiers unprecedented vision of individual drones,” said Bryan Rosselli, vice president of Raytheon Mission Systems and Sensors. “The ability to quickly and clearly detect, track and discriminate the threat leads to positive identification, and makes the Coyote all the more precise in its ability to intercept drones.”

Raytheon expects to achieve full-rate production of Coyote Block 2 in 2020.

Leonardo is extending its training services capabilities to include rotorcraft unmanned aerial systems (UAS) to provide 360° training solutions to its growing customer base...

UAVOS company has announced that in collaboration with King Abdulaziz City for Science and Technology (KACST), Saudi Arabia, they are working on scientific research and development...

“SpetsTechnoExport” company, that is part of the Ukrainian State Concern “Ukroboronprom”, showcases the Ukrainian UAV technologies at the UMEX & SimTEX 2020 exhibition...