Belgian Air Force jets which are part of NATO air policing in the Baltic Sea region intercepted a Russian military aircraft flying close to Allied airspace on Thursday (26 March 2020) after it failed to respect international safety norms. The scramble, the third in consecutive days, happened over the Baltic Sea and comes as armed forces across the Alliance are helping nations to address the coronavirus crisis. 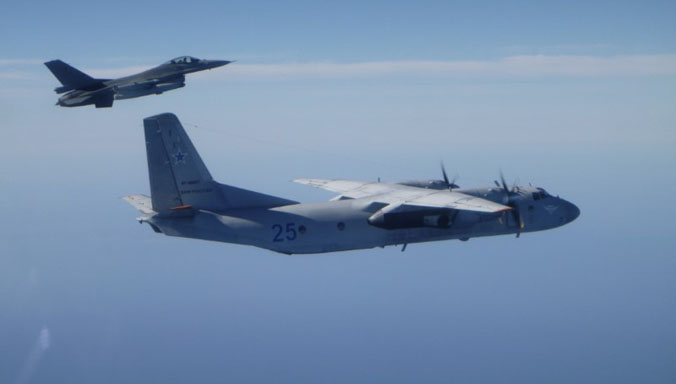 “As Allied armed forces help save lives in the battle against the virus, NATO’s ability to conduct operations has not been undermined. Our forces remain ready, and our crucial work goes on, in the air, at sea, and in all other domains“, said NATO spokesperson Oana Lungescu.

The air activity comes after NATO navies shadowed seven Russian warships in the North Sea. While Russian navy ships generally transit through the English Channel on their way between the High North and the Mediterranean Sea, on this occasion they remained in the North Sea for several days. The British Royal Navy and other Allies navies monitored the Russian ships – two frigates, three corvettes and two landing ships.

Meanwhile, this weekend sees the start of a scaled down UK-led maritime exercise off the northwest coast of Scotland. The biannual Joint Warrior exercise also involves the US, Germany, Denmark, Norway and NATO’s Standing Maritime Group One.  The exercise will run from Saturday (28 March 2020) to 10 April 2020.