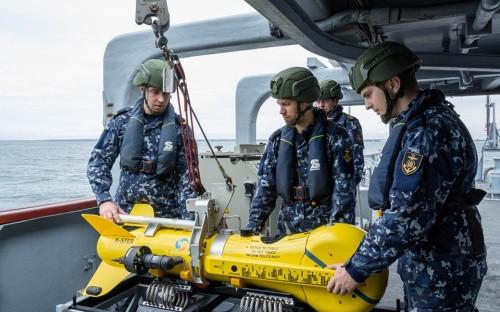 French company ECA GROUP will provide the Lithuanian Navy with its K-STER mine disposal vehicles to be used for mine counter measures at sea.

After being one of the first navies to be equipped with ECA GROUP’s K-STER MIDS ROV back in 2009, the Lithuanian Navy, renewed its trust in the capabilities of this solution to neutralise sea mines.

Ordering another batch of this system, the Lithuanian Navy confirms its trust and satisfaction towards the performances of the K-STER.

In spring 2019, as part of the Open spirit exercice held in Lithuania, ECA GROUP’s K-STER systems were deployed. Alongside traditional means of mine neutralisation, Lithuania and NATO mine countermeasure ships participating in the exercice were equipped with this ECA GROUP solution, which have once again successfully demonstrated its efficiency and reliability to complete mine neutralisation operations.