Early in May the first cutting-edge mobile target lifters from SAAB Swedish manufacturer for the multifunctional firing range and newly set up light infantry arms and infantry fighting vehicle firing ranges at the General Silvestras Žukauskas Training Area were delivered to the Lithuanian Armed Forces. 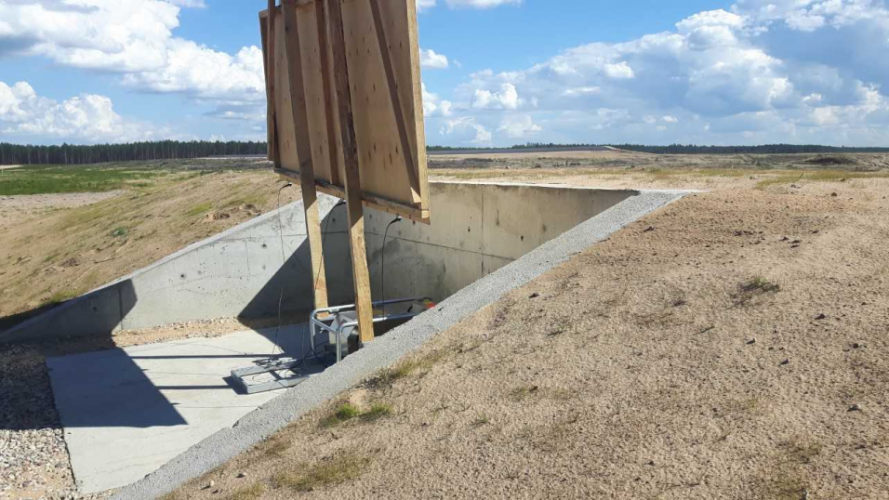 The procurement is being carried out as a joint project of the Ministry of National Defence and the Federal Ministry of Defence of Germany for upgrading training infrastructure at the Pabradė Training Area.

The new target lifters will be used for training by Lithuanian soldiers, countries contributing to the NATO Enhanced Forward Presence Battalion Battle Group, and other allies training in Lithuania.

The Ministry of National Defence of Lithuania and the Federal Ministry of Defence of Germany signed the agreement concerning the allocation of funds for infrastructure modernisation at the Gen Silvestras Žukauskas Training Area back in 2018. The agreement formed a basis for Germany to grand Lithuania a one-third contribution to procure mobile targets, including control and evaluation, equipment.

This funds for the project, which has a total value of EUR 3,4 million (net of VAT), were allocated to Lithuania under the “Enabling and Enhancing the Security, Defence and Stability of Partner Countries” programme of the German Government.

Vice Minister also underscores that once the mobile target lifters are delivered, the shooting ranges at the Pabradė Training Area will have a state-of-the-art and reliable equipment that will significantly improve the development of both, armoured vehicle crew and individual skills.

Part of the target lifting equipment will be used at the multifunctional firing range at the Gen S.Žukauskas Training Area: by tanks and armoured vehicles for live-fire manoeuvres (up to 3 km effective range), light and dark part of the day, to create realistic battlefield conditions at the range. Other equipment used at the firing range will include moving targets, thermal panels, battle effects simulators, pyrotechnical devices, etc. The range is planned to be among the most modern training facilities in the Baltics.

Lithuania is a member of the NATO Support and Procurement Agency (NSPA) and commissioned to it the acquisition of the target lifters from SAAB in accordance with requirements of the Lithuanian Armed Forces.

US Department Approved for MRAP sales to UAE