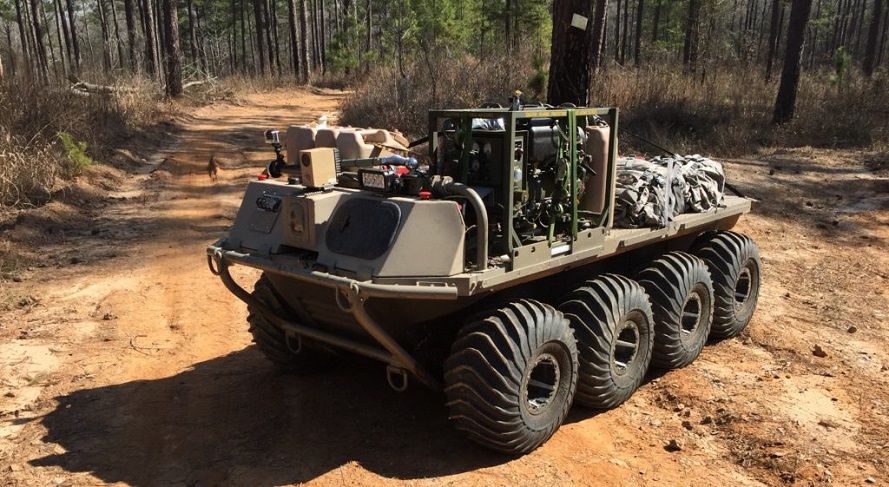 Alongside the delivery of these UGV’s, which took place in April 2020, General Dynamics Land Systems–UK will provide New Operator Training, Maintainer Training, In-Service Support, Maintainer Tools and Spares, including a fully-supported Helpdesk.

Carew Wilks, vice president and general manager of General Dynamics Land Systems–UK, said: “This Robotic Platoon Vehicle contract award is recognition of General Dynamics Land Systems’ extensive efforts to meet the needs of Armed Forces worldwide with innovative solutions to the changing landscape of the modern battlefield. We look forward to supporting the British Army in maximising the outstanding capabilities that MUTT provides.”

The MUTT, which provides both wheeled and tracked variants, is a rugged, reliable small-unit force multiplier providing increased battlefield capabilities. As a controller-less small-unit robotic follower, it lightens the load across different combat operations. As a remote-controlled or tele-operated team mate, it provides stand-off from threats or increased projection of combat power. The MUTT is engineered to easily evolve to accommodate new payloads, including Intelligence, Surveillance, Target Acquisition and Reconnaissance (ISTAR) and Lethality, and proven levels of enhanced autonomy that we are already fielding elsewhere.