One of Europe’s leading robotic systems manufactures Milrem Robotics’ is developing the world’s most modern robotic fighting vehicle intended to reduce the number of troops on the battlefield. Development is done by Swedish and Estonian engineers. 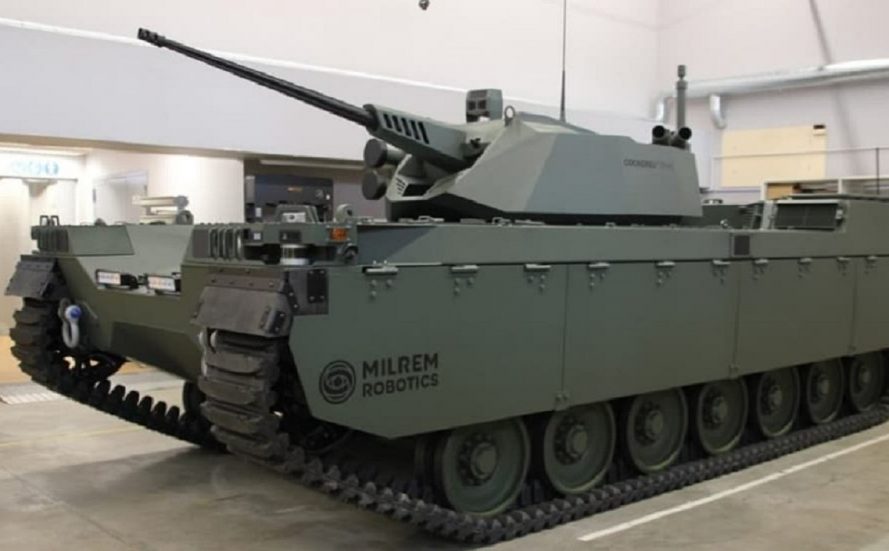 The new system, known as the Type-X Robotic Combat Vehicle (RCV) is supposed to replace conventional fighting vehicles that are used to transport soldiers. This means decreasing the number of soldiers on the battlefield and keeping the needed amount of humans away from harm’s way, while preserving the same fighting power.

“This is an extremely exciting project that provides new challenges for talented engineers,” said Sverker Svärdby, chief engineer of the Type-X and the managing director of Sinrob Technologies AB, the Swedish subsidiary of Milrem Robotics located in Örnsköldsvik.
“We are providing soldiers with a totally new capability that will outperform currently available technology and will be considerably cheaper – a no easy task to complete,” Svärdby added.

The Type-X will have a diesel-electric drive, be lower and lighter than conventional fighting vehicles thus they will be harder to detect, but easier to transport and they will provide superior performance on difficult terrains.

The vehicle is being developed keeping in mind the requirements of different armed forces, including the US Army who is already looking into procuring this type of vehicles.

The company plans to have an operational prototype of the vehicle completed by fall 2020.

“It has been an exceptional experience seeing how teams in Örnsköldsvik and Tallinn work together and complement each other while creating something so innovative,” said Kuldar Väärsi, CEO of Milrem Robotic. “We will continue to grow our team and our capabilities in Estonia, Sweden and elsewhere,” he added.

Milrem Robotics’ mission it to retrieve people from danger areas and liberate them from dirty, dull, and dangerous tasks. Its best known for its smaller unmanned ground vehicle (UGV) the THeMIS, on which development started late 2014.

The THeMIS has since then been delivered to nine countries, including seven NATO countries: Norway, Germany, France, the US, UK, Netherlands, and Estonia. The THeMIS is also the only UGV that has been deployed to an international military operation – counter-terrorism operation Barkhane in Mali.