The Islamic Revolution Guards Corps (IRGC) Aerospace Force, new images of the naval version of the missile system were released for the first time.

The system has been stationed on the IRGC Shahid Siavoshi frigate and is capable of target lock and missile fire with the frigate on the move, reported FNA. 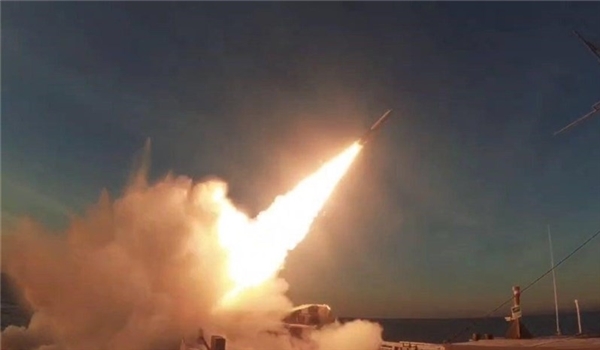 Third of Khordad missile system, that has been 100% mass produced by the experts of the IRGC Aerospace Force, is the same system which shot down on June 20, 2019 the highly advanced MQ-4C Triton drone of the American terrorists in Iran’s territorial waters South of the country near Kouh-e Mobarak region at an altitude of 50 thousandt.

The Third of Khordad Air Defense Shield fires Taer-2 Missiles which have also been developed and mass produced at the IRGC Aerospace Force. Third of Khordad defense shield is also capable of launching Sayyad-2 missiles with a range of 75 kilometers.