A screengrab from CCTV footage released on 24 September showing the SAC J-16D electronic warfare aircraft in Zhuhai a few days before the start of the Airshow China 2021 defence exhibition. (CCTV) 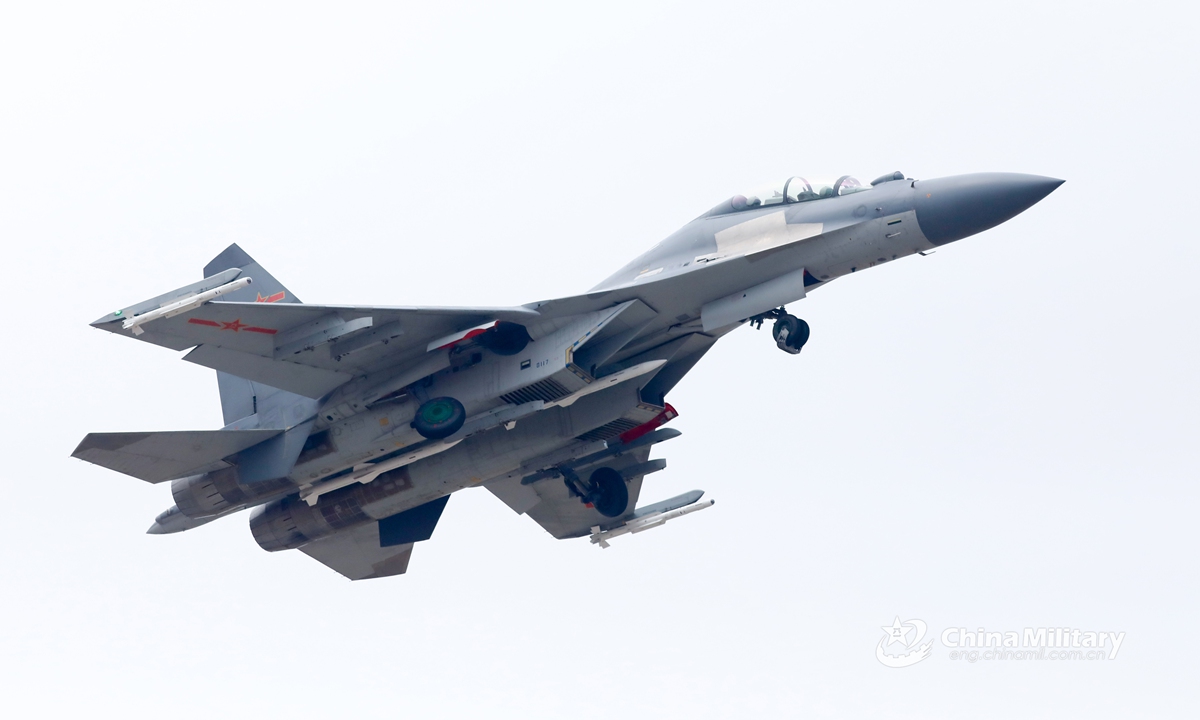 Known as the J-16D, the two-seat aircraft was seen parked in the static display area of the exhibition bearing standard PLAAF insignia. Wang Ya’nan, chief editor of the Beijing-based Aerospace Knowledge magazine, was quoted by the Global Times newspaper as saying that this suggests the platform is in service.

Additionally, the aircraft bears construction number ‘0109′ on the side of its engine intakes, indicating that it is the ninth aircraft from the first production batch. However, the platform features no serial number on its tail, making it difficult to determine which unit it has been assigned to.