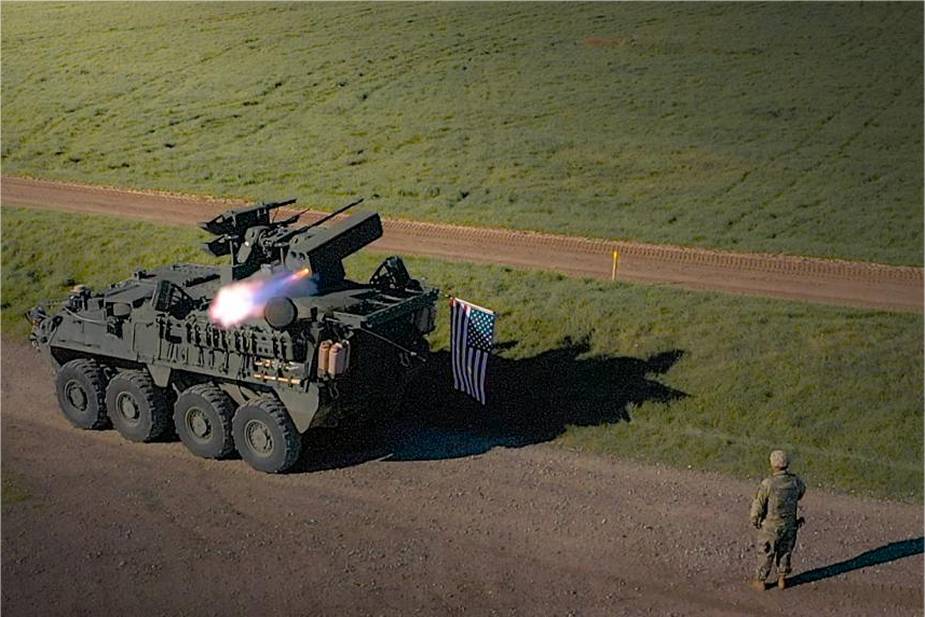 The addition of the Stryker-based M-SHORAD system will provide better protection of maneuver forces at increased ranges and with improved mobility, allowing a stronger defense of U.S. forces, Allies and partners against adversary air threats. The unit initially received four systems in April and is expected to receive more later this year, beginning its transition from an Avenger-based battalion to the first fully operational M-SHORAD battalion in the U.S. Army.

The new M-SHORAD is based on a Stryker A1 8×8 armored vehicle fitted with an unmanned turret which is armed with four-tube launchers able to fire Stinger surface-to-air missile, one XM914 30mm automatic cannon, one M240 7.62mm machine gun and two ready to fire Longbow Hellfire, which was developed has air-to-ground missile.

The Stryker A1 is a new improved version of the Stryker 8×8 armored vehicle featuring new armor protection. The vehicle is also equipped with a new upgraded chassis to increase the payload capacity from 55,000 pounds (25,000 kg) Gross Vehicle Weight Rating (GVWR) to 63,000 pounds (28,500 kg) GVWR. The Stryker A1 is powered by with a new 450 horsepower Caterpillar C9 engine. The improvements also include a 910 amp alternator capable of supporting electrical power required for future network upgrades and 20 percent growth. The Power Distribution Panel (PDP) and Power Distribution Panel 2 (PDP2) are replaced with the Enhanced Power Distribution Unit (EPDU)

The U.S. Army intends to field the M-SHORAD system to four additional Air and Missile Defense battalions beginning in 2021. Future development of follow-on M-SHORAD systems will incorporate technology insertions, to include directed energy and improved missiles, utilizing a mix of complementary DE and kinetic interceptor systems to protect maneuver forces