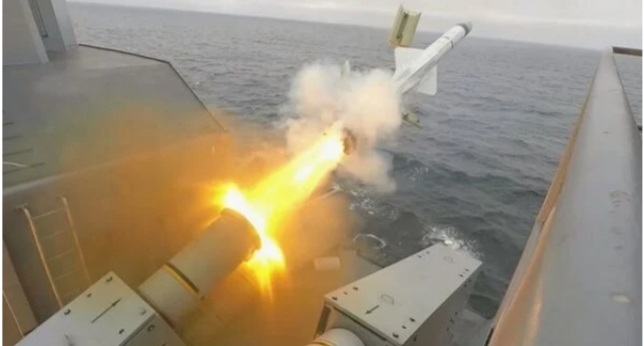 The successful live-fire test of the Exocet MM40 Block 3 missile firing – the first since this weapon was introduced in the service five years ago – was conducted on 30 September, by BAP Bolognesi (FM-57), one of the four Lupo-class frigates in MGP service armed with missile, navy officials said.

The same target was hit later by an Exocet AM-39 missile, launched by a Sikorsky SH-3D Sea King helicopter from 36 km (19 n miles) of distance, the navy confirmed. The helicopter was deployed by BAP Tacna, former HNLMS Amsterdam, logistic support vessel.

US 5th Fleet vessels operate USVs for the first time

South Korean shipbuilder Hyundai Heavy Industries (HHI) announced on 9 November that it has secured a KRW636.3 billion (USD541.7 million) contract for the construction of...