MBDA is continuing talks with the German government over the possible acquisition of the helicopter-launched Enforcer Air precision-guided missile, as deliveries of the baseline shoulder-launched version are set to commence. 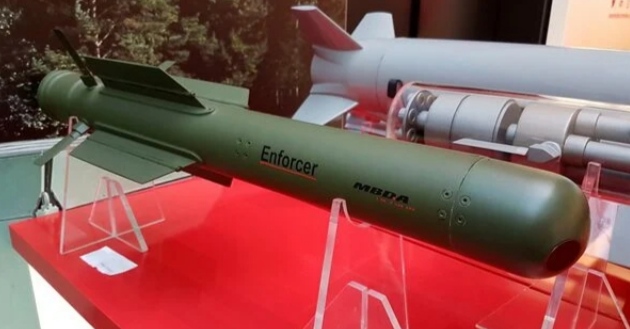 Speaking to Janes at the Berlin Security Conference 2021, Head of Sales and Marketing, Guido Brendler, said MBDA continues to pitch Enforcer Air to Germany in particular, and to the wider light attack helicopter market more generally. This is happening, he said, as the company prepares to hand over to the Bundeswehr the first shoulder-launched missiles that were contracted in late 2019.

“We are in talks with Airbus [for integration aboard the H145M operated by German special forces]. Enforcer Air is dependent on the core [shoulder-launched Enforcer] product, but that is on track with the first missiles set to be delivered this year, as we speak”, Brendler said on 24 November, adding, “The small precision guided missile requirement is there, and certainly Germany is our first gateway market [for Enforcer Air] as our reference customer [of Enforcer]”.

John Cockerill Defense has recently signed a contract with PT Pindad Enjiniring Indonesia (a subsidiary of PT PINDAD) to supply training simulators for the Indonesian Army....

The Al-Tariq bomb guidance kit can now be used with 1,000 lb MK 83 warheads, the Emirati defence group Edge announced during the Dubai Airshow held from 14–18 November. The...