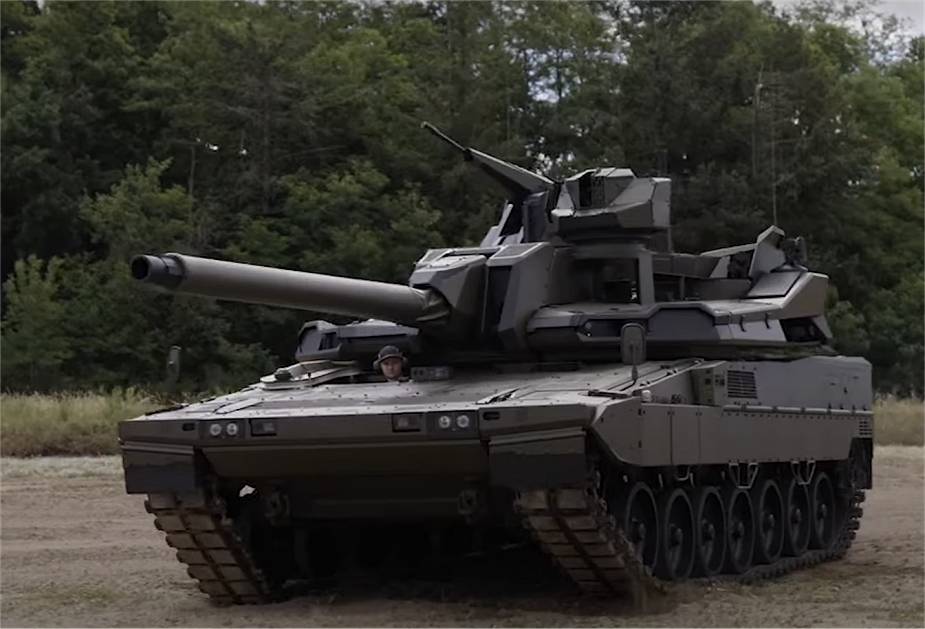 With the EMBT (Enhanced Main Battle Tank) Nexter from France and KMW (Krauss Maffei Wegmann from Germany have developed a new concept of Main Battle Tank (MBT) using the mobility of the German Leopard 2 tank and the firepower of the French Leclerc MBT. It also integrates the latest technologies and innovations to counter new threats on the battlefield.

The design of the EMBT is very unique and consists of a crew of four with a two-man in the turret including a tank commander and gunner and two men at the front including a driver and a combat operator.

The EMBT is armed with a 120mm L52 smoothbore gun able to fire all the standard 120mm NATO ammunition coupled to an automatic loading system with 22 rounds ready to fire. The second armament of the EMBT includes one 12.7mm coaxial machine gun mounted to the left of the main armament. The roof of the turret is fitted with Remote Weapon Station) armed with one 7.62mm machine mounted at the front left side of the turret which is coaxially connected to the commander’s sight. The rear of the turret is equipped with one 30mm automatic cannon called ARX 30 also developed by the French company Nexter System.

The turret of the EMBT has been designed to offer the capability to integrate the new ASCALON gun and ammunition concept which consists of a new generation of 140mm weapon system.

In terms of protection, the EMBT is fitted with the latest generation of passive and active armor as well as the Israeli-made TROPHY APS ((Active Protection System) and E-LAWS LWS (Laser Warning System) developed by the Israeli company Elbit Systems. The sides of the turret are also equipped with the 80mm GALIX launcher designed by the French company Lacroix. The GALIX system it is capable of hiding the tank from an approaching threat and protecting the tank.

Using the Leopard 2 chassis, the EMBT offers a high level of mobility in all-terrain conditions and can reach a top road speed of 65 km/h. The tank is powered by a German MTU 883 EPP engine developing 1,500 hp and has a maximum cruising range of 460 km.