Russia’s newest nuclear-powered submarine “Knyaz Vladimir” of “Borei-A” project, has for the first time test-fired an intercontinental ballistic missile (ICBM) ahead of the vessel’s delivery into service this year. 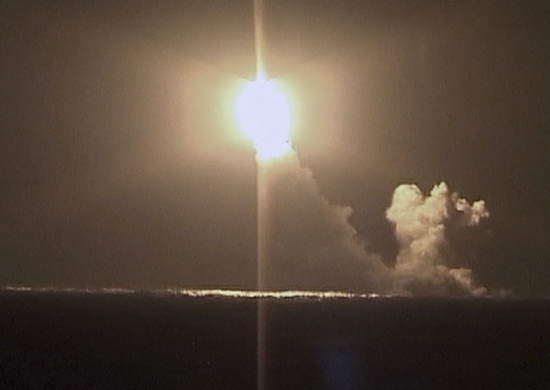 The Bulava ICBM flew thousands of kilometers from the waters of the White Sea in the northern Arkhangelsk region to the Kamchatka peninsula in Russia’s Far East, the MOD of Russia announced October 30.

The Minstry of Defense said the missile flight had been successful and that it arrived at the test range on time.

Knyaz Vladimir submarine will carry up to 16 pc Bulava ICBM type with each missile expected to carry four to six nuclear warheads.

The President of Azerbaijan Ilham Aliyev within the visit to Italy signed the document on the purchase of M-346 Master Fighter Trainer aircrafts. “AzeriDefence”...

Songar, the first national armed drone system to be developed by ASİSGUARD, has been delivered to the Turkish Armed Forces (TAF) after the successful completion of acceptance...