The first picture of the new Egyptian IRIS-T SLM medium-range ground-based air defense (GBAD) system was released on the Twitter account of Mahmoud Gamal on April 7, 2022. 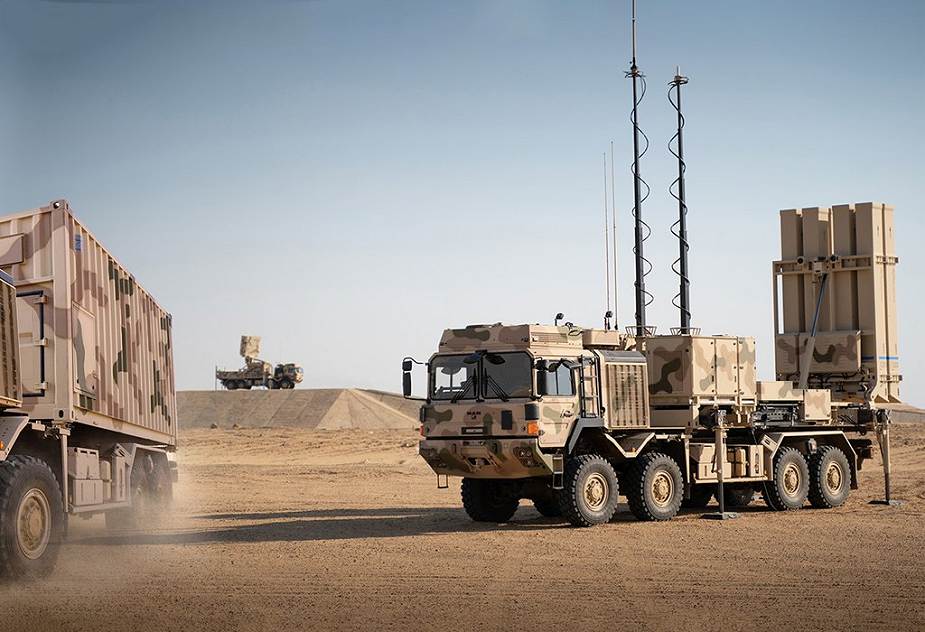 The IRIS-T SLM is a surface-to-air defense missile system designed and manufactured by the German company Diehl. This surface-to-air missile system has been optimized for 360° protection of objects, areas and mobile troop units in current and future mission scenarios in mobile and stationary 24/7 operation, in all weather conditions, with minimum personnel and least logistic effort.

The IRIS-T SLM air defense system is designed to engage and destroy a wide range of aerial threats including modern fighter aircraft, cruise missiles, drones and tactical attack missiles as well as short-range ballistic missiles. Even helicopters and aircraft featuring small radar cross-sections and extreme maneuverability can be hit directly. High hit probability is achieved through precise control of the missile during terminal approach by a high-resolution, imaging IR seeker rendering countermeasures, including blinding lasers, ineffective.

A battery of IRIS-T SLM includes a number of launcher units, a command and fire control vehicle, and one multi-function radar. All the vehicles of the IRIS-T SLM are based on 8×8 MAN military truck chassis.

The launcher unit of the IRIS-T SLM is based on 8×8 military truck chassis with a crew cab at the front and two blocks of four-tube launchers each able to fire one surface-to-air missile at a maximum firing range of 40 km and an altitude of up to 20 km.

The command and fire control vehicle is used to conduct the analysis of the threats and transmit firing orders to the launcher units. The vehicle is connected via a network to superior combat operation centers. The multi-function radar is able to detect aerial threats at a maximum range of 200 km on 360°. It can detect up to 500 objects at the same time.

Nurol Makina is participating at FIDAE 2022