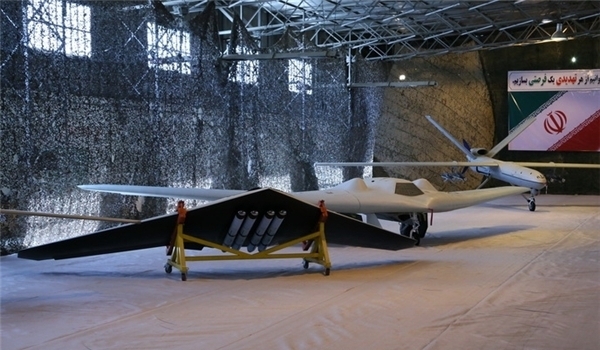 Simorgh (Phonix) combat, reconnaissance and tactical UAS was delivered to the Iranian Navy on Saturday.

Simorgh is the marine model of Shahed-29 UAS in operation by the Islamic Revolution Guards Corps (IRGC) Aerospace Force, and enjoys the capability to conduct combat operations against ground targets, using smart bombs.

Commander of the IRGC Aerospace Force Brigadier General Amir Ali Hajizadeh had announced earlier that Iran has decided to call its own version of the US Sentinel spy drone RQ-170 as Simorgh.

Iran is now developing Simorgh into a class of drones with reconnaissance, surveillance, combat and bombing capabilities. According to earlier reports, Simorgh drones are equipped with an autopilot capability that brings them back to their airbase if operators lose control or are disconnected from the pilotless aircraft.