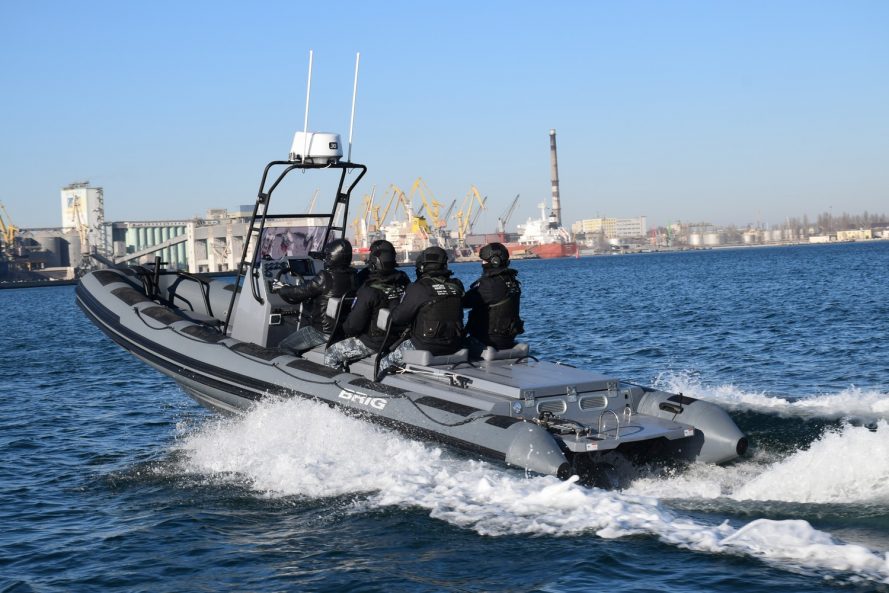 New specialized small boats of the Ukrainian production for departments of special actions of the Odessa and Mariupol detachments of Marine Guard departament of Ukrainian Border Service passed sea trials.

Therefore, small boats are decorated with a stationary diesel engine, have a fuel reserve of more than 300 liters, can accommodate 11 servicemen, take on board a total of 1500 kg, that is, an increased assault group in full equipment and weapons.

Special forces soldiers took part in the ceremony of accepting the boats and conducting test maneuvers, and checking all the declared characteristics. On sea trials, “Brigs” demonstrated a speed of 32 to 35 knots (about 70 km / h), depending on the load.

Already with the beginning of the new navigation season, special operations units on the Azov and Black Seas will perform service duties on new boats.

Turkish company Meteksan Defence has delivered the MSH-01 Hydrophones, which are used as sensors of the sonars onboard AY- and PREVEZE-Class Submarines, to TurkishNaval Forces...

Elbit Systems UK has been selected by the Maritime and Coastguard Agency (MCA) to conduct maritime demonstration flights in the UK using a number of its unmanned aerial systems...