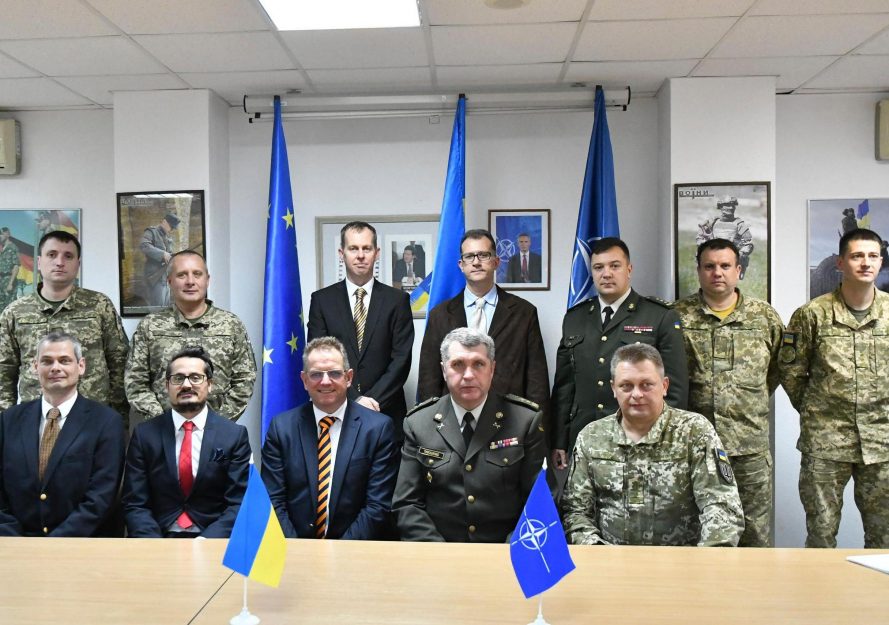 An official meeting of the Situation Awareness Project of the NATO Trust Fund on Modernization of Command, Control and Communication system has been held at the Center for Peacekeeping and the Implementation of the International Agreements of the Armed Forces of Ukraine.

A delegation of NATO experts led by Gerard Elzing, a representative of NATO Headquarters, briefed a panel of experts from the Ukrainian Armed Forces Automation Development Directorate, led by Deputy Chief of the General Staff of the Armed Forces of Ukraine Lieutenant General Radion Tymoshenko, regarding situational awareness.

As part of the Trust Fund’s mission, NATO Communications and Information Office experts presented JOCWatch, JCHAT, and iGeoSIT software and discussed deployment of the software in separate units of the Armed Forces of Ukraine.

On the 30th of December 2019, the French defence procurement agency (DGA) awarded the sixth contract amendment on the SCORPION programme to the consortium formed by Nexter,...