The Chief of the General Staff of the Armed Forces of the Russian Federation, General of the Army Valery Gerasimov, met with his Azerbaijani counterpart, Colonel-General Najmeddin Sadykov, during a working visit to Baku. 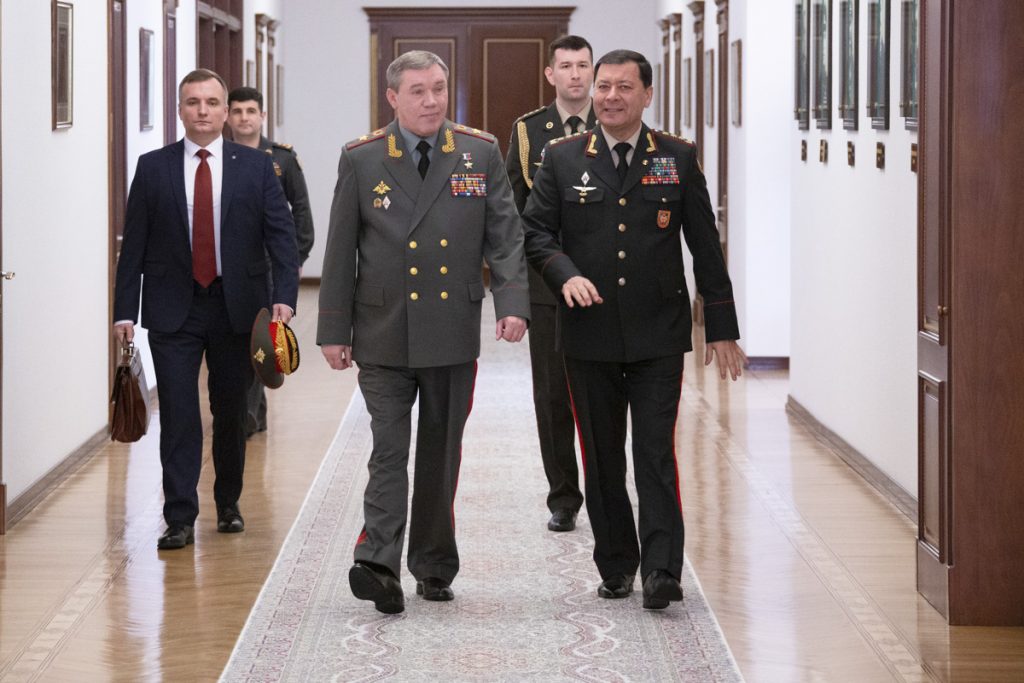 Colonel General N. Sadikov welcoming the guests stressed the important role of the heads of state in establishing relations between the two countries and noted that our cooperation is based on friendly relations, mutual trust. He added that these relations are developed and reached the level of strategic partnership in recent years.
The Chief of the General Staff noted that a decision on the participation of the Azerbaijani Army in the military parade dedicated to the 75th anniversary of Victory in the Great Patriotic War to be held on May 9 in Moscow was made at the state level, and active preparatory work is being carried out for this purpose.

Referring to the military-political situation and security issues in the region, Colonel General N. Sadikov noted that the Nagorno-Karabakh conflict is the main threat to regional security. Colonel General N. Sadikov emphasized the importance of resolving the conflict within the territorial integrity of Azerbaijan, and on the basis of the norms and principles of international law.

General of the Army V. Gerasimov also noted that our relations have historical roots, and countries are strategic partners. He emphasized the importance of organization of mutual meetings between military representatives in terms of expansion of bilateral relations, as well as military and military-technical cooperation.

During the meeting, the parties discussed issues of international and regional security, as well as topical issues of military and military-technical cooperation, including the interaction of defense agencies in the Caspian sea, and confirmed their interest in continuing contacts.

Chief of the General Staff of the Armed Forces – First Deputy Minister of Defence of the Russian Federation, General of the Army Valery Gerasimov met in Baku with the Supreme...

Ahead of the meeting of NATO Leaders in London to mark the Alliance’s 70th anniversary, Secretary General Jens Stoltenberg on Friday (29 November 2019) gave details of large...