“SpetsTechnoExport” company, that is part of the Ukrainian State Concern “Ukroboronprom”, showcases the Ukrainian UAV technologies at the UMEX & SimTEX 2020 exhibition in Abu Dhabi, UAE. 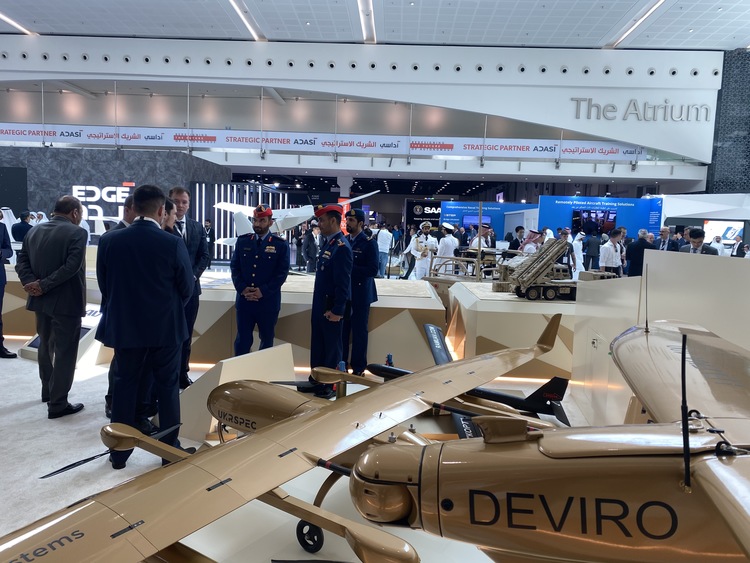 The participation of the Ukrainian delegation in this exhibition is a continuation of a series of partnership talks on deepening defense cooperation between Ukraine and UAE.

Leleka-100 – is a hardware and software suit that consists of autonomous remote-controlled UAVs, designed for various tasks such as aerial reconnaissance, patrolling, area mapping with the possibility of on-line information transfer and obtaining of accurate geographical coordinates in real-time mode. It is a combat proven solution, that has been officially on service in Ukrainian Armed Forces since 2016.

PD-1 – is a multipurpose modular fixed-wing UAV with a wide range of options and payloads to fit any mission and operational environment. PD-1 has proved its performance capabilities, anti-jamming features and overall effectiveness of the system while being operated in a harsh environment. It is a combat proven solution, that has been officially on service in Ukrainian Armed Forces.

Leonardo is extending its training services capabilities to include rotorcraft unmanned aerial systems (UAS) to provide 360° training solutions to its growing customer base...

The Coyote® Block 2 counter-drone weapon and KuRFS radar worked together to detect and engage a target in a recent test over the U.S. Army Yuma Proving Ground in Arizona....

UAVOS company has announced that in collaboration with King Abdulaziz City for Science and Technology (KACST), Saudi Arabia, they are working on scientific research and development...