The Arleigh Burke-class guided-missile destroyer USS Porter (DDG 78) has been operating in the Black Sea for four days on a U.S. 6th Fleet patrol, April 16, 2020. 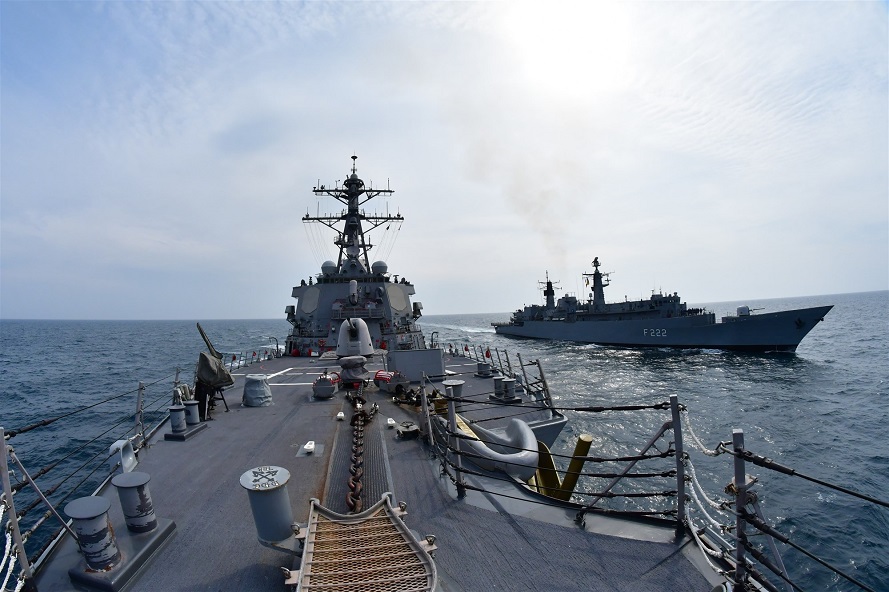 Porter is underway on her eighth Forward-Deployed Naval Forces-Europe patrol, after taking precautions to ensure the health and safety of their crew. With the support of partners and allies, Porter will remain safely at sea, focusing on operational requirements and executing national tasking during the COVID-19 response.

Upon arrival in the Black Sea, Porter conducted maneuvering operations with the Romanian frigate Regina Maria (F222), demonstrating the strength and cooperation of nations across the NATO alliance.

“Porter has routinely operated in the Black Sea over the past few years, demonstrating our continued commitment to security and stability in the region.” said Cmdr. Craig Trent, commanding officer of Porter. “We’re excited to be back in early 2020. The crew and I have been looking forward to strengthening our relationship with our regional maritime partners.”

This is the second time a U.S. Navy ship has visited the Black Sea since the beginning of 2020. The last ship to visit the Black Sea was USS Ross (DDG 71) in January.

The U.S. Navy routinely operates in the Black Sea consistent with international law, including the Montreux Convention.

U.S. 6th Fleet, headquartered in Naples, Italy, conducts the full spectrum of joint and naval operations, often in concert with allied, and interagency partners, in order to advance U.S. national interests and security and stability in Europe and Africa.