This year, 224 companies from 29 countries take part in the ADEX. The exhibition features 11 national stands from Azerbaijan, China, France, Iran, Israel, Russia, Serbia, Turkey, the Republic of Belarus, Ukraine, Pakistan, and representing leading companies from these countries. Many countries have expanded the area of ​​their national expositions; the top four with the largest number of companies represented are Turkey (41 companies), Russia (25 companies), Israel (14 companies) and Belarus (10 companies). In total, companies and delegations take part at the exhibition from 44 countries. The registration sponsor of the ADEX 2018 exhibition is the Secretariat of the Defence Industry of Turkey. 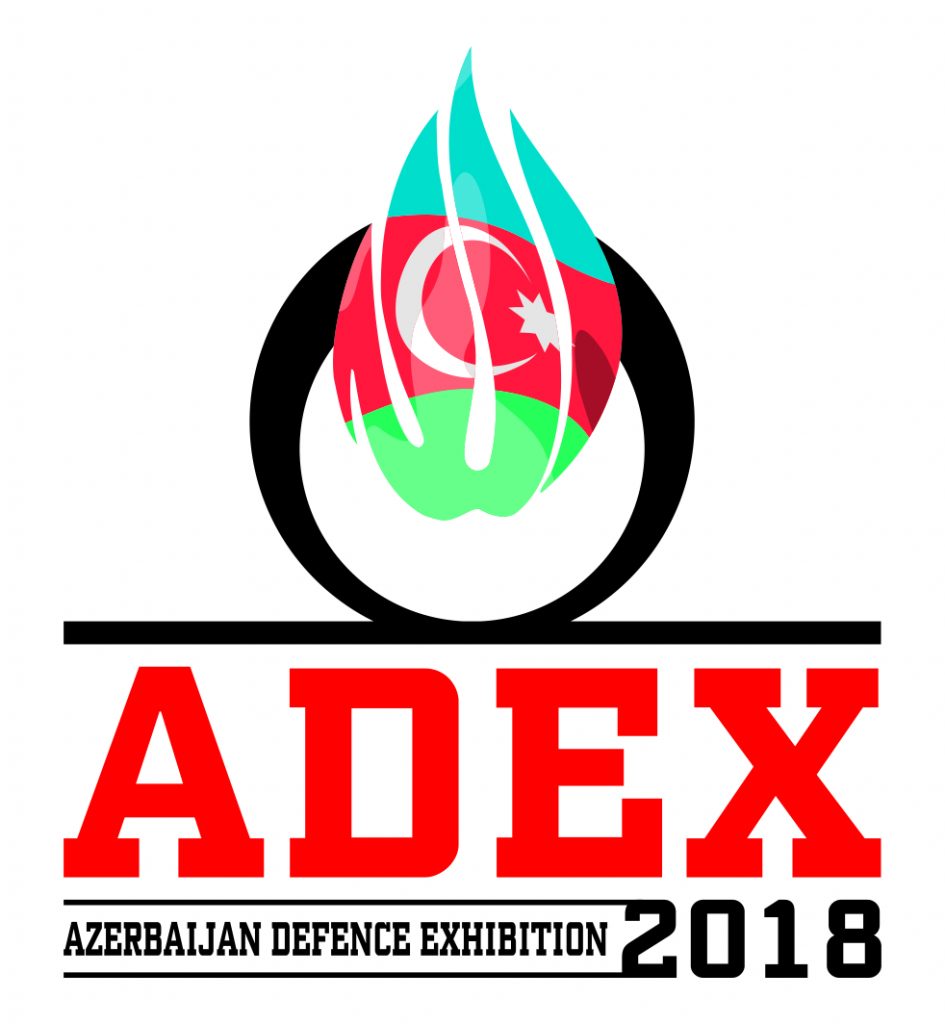 The Ministry of Defence Industry and its related structures and plants, and ANAMA, actively participate at the exhibition. Here, the industry professionals will be able to get acquainted with the new products of Azerbaijan’s defence complex and witness both the current and growing capabilities of the Armed Forces of Azerbaijan. Moreover, this year’s newcomers from Azerbaijan are the Ministry of Transport, Communications and High Technologies of the Republic of Azerbaijan, Caspian Shipbuilding Company, the science and technology company Vitta, High Tech Park (ANAS), Service Centre for Armament and Military Equipment of Air Defence.

Companies from around the world occupy a separate open exhibition area deserving special attention. The outdoor area will host a static exposition of weapons, military and special equipment, logistics, as well as a variety of products required for daily activities of the army and the day-to-day life of their personnel.

The ADEX 2018 exhibition breaks the record for the number of scheduled visits by foreign delegations. 34 high-level official delegations from 23 countries of the world will visit the event, which is more than at previous exhibition. Among the countries sending delegations to the ADEX exhibition for the first time are Egypt, Uzbekistan and Kazakhstan. As part of the exhibition, it is planned to hold negotiations between the heads of foreign delegations and representatives of Azerbaijani departments and entities, where the prospects of bilateral military-technical cooperation will be discussed. A special negotiation zone has been designated in the third hall of Baku Expo Center for holding such bilateral meetings. The immense interest shown in ADEX on the part of international delegations and companies once again confirms the high status and importance of Azerbaijan as an important strategic partner.

As is tradition, the business program of ADEX 2018 will be rich in thematic events with informative and eye-catching content; these events include presentations in the field of innovative research, developments and technology in the field of national defence and security.

More than half of the exhibitors have expressed that they plan to use the exhibition to present new products. The exhibition will become an active demonstration platform for armament, military transport of local and foreign production, new technologies, materials and the achievements of other branches of science and industry, to foment their introduction into production at enterprises of the defence-industry complex. Among these innovations are the Ukrainian automated fire control system for artillery batteries ArtOS; IHTAR Anti-Drone System (ASELSAN), the tactical interaction simulator (Zen TacSim), VITTA unmanned aerial vehicles; a range of products from Arsenal; Corvette sea vehicles from Dearsan; rockets and missile complexes from Roketsan; simulators and training games from Simsoft; vehicles from Yugoimport; the 7,62x51mm machine gun Arsenal MG-M2 (Arsenal); military uniforms and accessories from Trud; camouflage clothing from Baku Weaving Factory; the “National Boat” concept from SSBC Ltd; and much more.

A programme of additional events has been arranged for the exhibition, including B2B meetings between representatives of manufacturing companies and customers on the second day.

The programme also includes a performance of the military orchestra of the Armed Forces of Azerbaijan, a demonstration of a unique method of gunpowder drawing by Burhan Imranoglu, and an art exhibition of paintings by children of the Dirchelish Youth Socio-psychological Rehabilitation Centre. The content and richness of the programme of additional events are designed to reinforce the spirit of patriotism in our society and to elevate the prestige of military service, especially among our youth.

Entrance to the exhibition from September 25-27 is restricted to professionals involved in the military and defence industry and related industries, as well as students of higher educational military institutions. On September 27 those working in commercial entities will be able to visit the exhibition by presenting their identity cards. On-site registration is required for all visitors.

The ADEX exhibition will provide an opportunity for industry professionals to get acquainted with modern defence technologies and samples in a variety of MIC industries, and catch up on the latest developments of military equipment that are being offered for export on the world’s arms markets. ADEX will be an excellent platform to demonstrate the latest weapons and to finalize new agreements in the field of international military-technical cooperation. Descriptions and contact information for all the participating companies will be published in the official exhibition catalogue, and news about new company developments, as well as interviews with inventors and experts can be seen in a special issue of ADEX 2018 News. These can also be reviewed at the web-site of the exhibition (www.adex.az) and on social networks.

The 4rd Azerbaijan International Defence Exhibition, ADEX 2022 will be held at Baku Expo Center in the capital of Azerbaijan from the 6th to the 8th of September. This large-scale...

IDEF 2021, 15th International Defense Industry Fair, hosted by the Ministry of National Defense, under the management and responsibility of the Turkish Armed Forces Foundation,...