“From Monday [August 5], the prototypes of the Atlet armored vehicles are entering the program of preliminary trials,” the chief executive said. 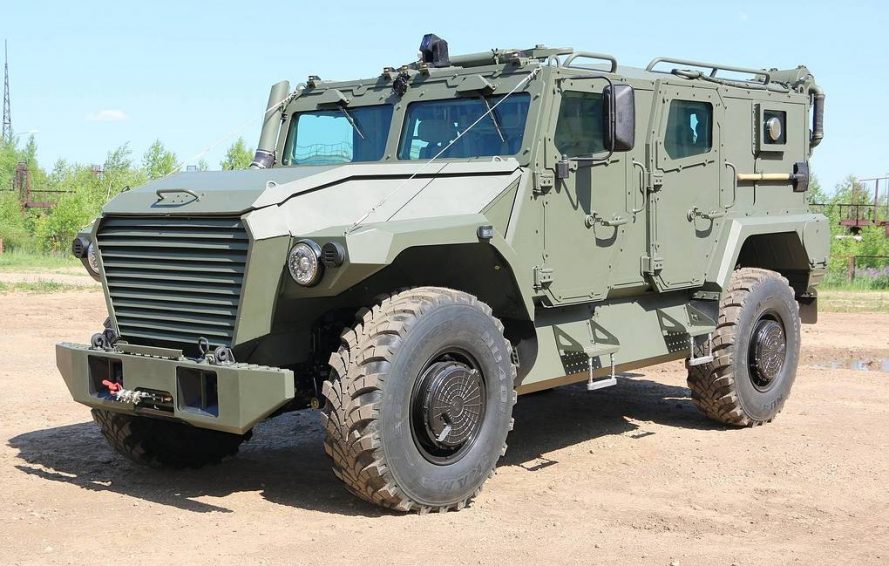 The new armored vehicles will have to cover a distance of thousands of kilometers on cross-country terrain, primary and special roads, including with a 2.5-tonne trailer, check their operability at low and high temperatures and the fording capability.

Besides, the new vehicles will be tested for their anti-shelling and anti-blast capabilities. “Before the vehicle starts arriving for the troops and accomplishing assignments, we must be absolutely sure that it can fully protect our soldiers in a real warfare environment,” the chief executive stressed.

The trials will involve the Atlet armored vehicle’s special-designation (ASN) and five-door multipurpose (AMN-2) prototypes. Representatives of the customer, the research and development institutes and defense industry enterprises will take part in the trials, the chief executive said.

The new-generation Atlet armored vehicles have been developed by Military Industrial Company on order from Russia’s Defense Ministry as part of the Atlet R&D work. The Atlet armored vehicle was unveiled to the public at the Army-2019 international arms exhibition outside Moscow in late June.

The Atlet vehicles feature the 4×4 wheeled platform and are designated to carry personnel and military cargoes with the required level of protection, tow trailers and mount armament, military and special hardware.

In their standard configuration, the vehicles are equipped with anti-trauma seats for all the crewmembers and with the air conditioning system. The armored vehicles’ ballistic protection in its basic configuration corresponds to the 2nd level by general technical requirements.

As compared to the Tigr armored vehicle produced by Military Industrial Company, the Atlet features an increased lifting capacity of up to 1,600 kg and anti-mine resistance raised to 2 kg in TNT equivalent, a more powerful YaMZ-5347-24 Russian-made diesel engine with the maximum capacity of 240 hp.