MBDA has unveiled at DSEI 2019 how the Brimstone precision strike missile can equip unmanned ground vehicles (UGVs) to serve as an organic force-multiplier for the tactical commander. This development, utilising the Milrem Robotics THeMIS UGV, adds to Brimstone’s ‘One Missile, Multi-Platform’ versatility. 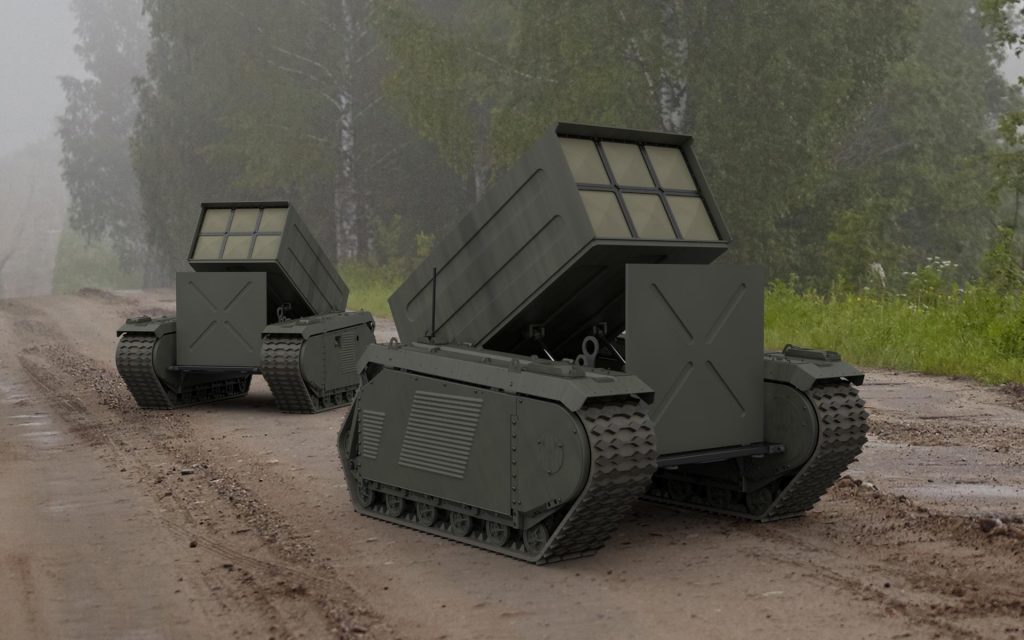 The THeMIS is a versatile and robust unmanned system with low noise and heat signatures that can negotiate demanding terrains while keeping the operator in a safe distance.

Using digital targeting data provided by the remote operator over standard secure military networks, the system will be capable of engaging line-of-sight and non-line-of-sight targets, with a choice of radar and SAL (semi-active laser) engagement modes.

Andy Allen, MBDA UK Head of Land Domain Sales and Business Development said: “This cassette magazine, with its high weapon loadout, is optimised to counter mass armour. Pairing the combat-proven MBDA Brimstone missile with a flexible and mission deployed UGV such as the Milrem Robotics’ THeMIS provides the tactical commander with the capability to rapidly and remotely deliver high volumes of precision anti-armour effects, importantly in all weathers, against all known DAS and at extended ranges.  This land vehicle adds to the Brimstone suite of platforms (fast jet, rotary, RPAS) and underscores its ‘One Missile, Multi-Platform’ versatility.”

The modular elevating launcher has a high load-out to provide the assurance of immediate fire support for multiple targets.  The integration solution will take advantage of the high off-boresight agility of the Brimstone missile to avoid the complexity of rotating turrets.

General (retd) Riho Terras, President of the Defence Division at Milrem Robotics said: “The THeMIS has proven itself as a reliable and robust vehicle in very difficult conditions, e.g. in Mali during Operation Barkhane. Combining it with the anti-armour capability of MBDA’s Brimstone shows how existing and proven systems can work seamlessly together with novel technology. It is our aim and privilege to work with strong and innovative partners on creating new warfare systems based on the THeMIS.”

Integrating Brimstone to THeMIS follows on from previous work to fit the MMP missile to the UGV. The two weapons offer complementary solutions for delivering organic/battery-level precision anti-armour effects at medium and extended ranges.

Otokar to Exhibit TULPAR and COBRA II in London

Patria AMV chosen to be tested in Japan