Saab has taken another important step in the delivery of Gripen E to the Brazilian customer. Marked by a ceremony in Linköping, Sweden, on 10 September, the first Brazilian Gripen E aircraft was delivered to start the flight test programme.

Initially flight tests will be performed in Sweden and by the end of 2020, the aircraft will move to Brazil to continue the flight test campaign in the country. In 2021, deliveries to the Brazilian Air force will begin. 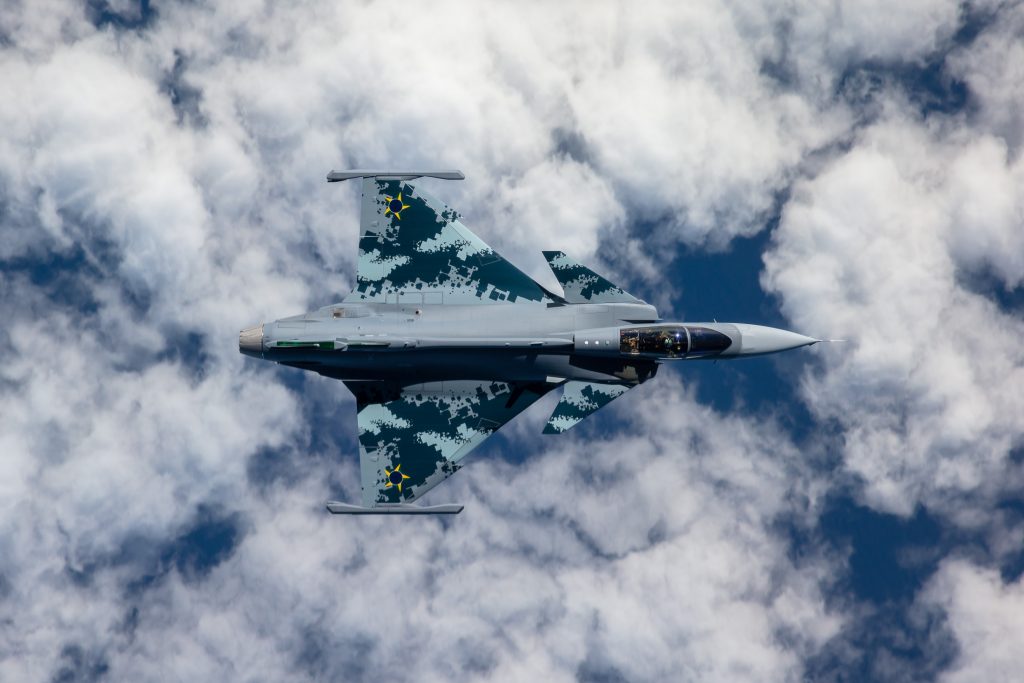 “Together with the Brazilian industry, I am proud to be part of building a long-term strategic partnership with Brazil and the Brazilian Air Force. With Gripen Brazil will have one of the most advanced fighters in the world and the technology transfer programme will allow Brazil to develop, produce and maintain supersonic fighters,” says Håkan Buskhe, President and CEO of Saab.

“Gripen increases the operational capacity of the Brazilian Air Force and boosts a partnership that ensures transfer of technology to Brazil, fosters research and industrial development in both countries,” says Fernando Azevedo e Silva, Brazilian Minister for Defence.

The partnership with Brazil started in 2014 with the contract (order value 39.3 BSEK) for the development and production of 36 Gripen E/F for the Brazilian Air Force, including related systems, support and equipment. Saab is driving the development of the local aeronautics industry through its national partners in the Brazilian Gripen programme, which includes a comprehensive transfer of technology programme to Brazil, to be delivered over approximately ten years.

The Brazilian Gripen E/F aircraft are developed and produced with the participation of Brazilian technicians and engineers. This integration is part of the transfer of technology and aims to provide practical knowledge necessary for the execution of these same activities in Brazil. Starting in 2021, the complete aircraft assembly of 15 aircraft will begin in Brazil. Development of the two-seat Gripen F is progressing with extensive activities at Gripen Design and Development Network in Gavião Peixoto, Brazil. Gripen F deliveries are expected to start in 2023.

Gripen E builds on the successful design of earlier versions. Gripen is a modern fighter with a balanced design equipped with all you can ask for from a multirole fighter.

F-39 is the Brazilian Air Force designation for Gripen.

US govrnement approved sale of F-35 fighters to Poland