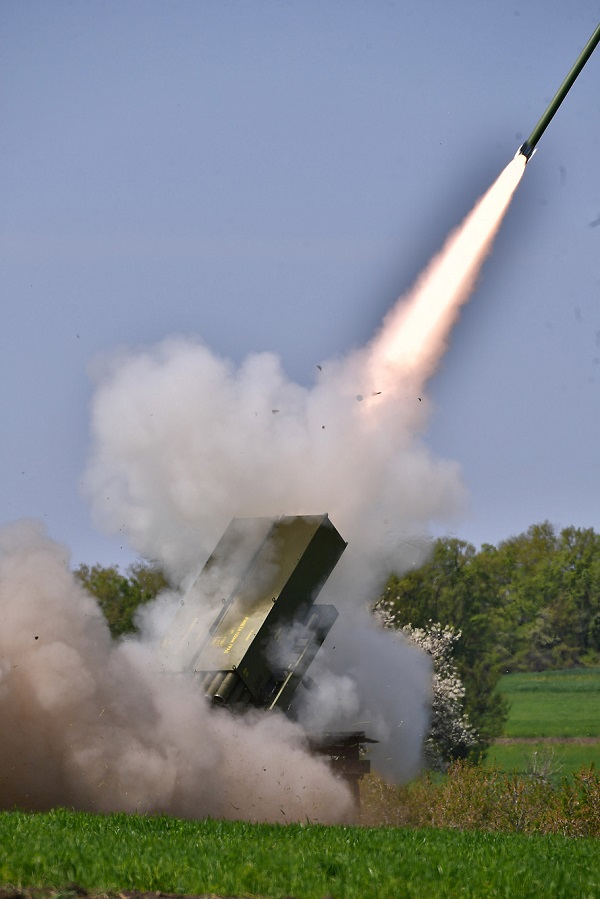 “It is a modernized version with an armoured cab. We fired 122mm rockets today. The 40km range is something that has not been attempted so far. We have shown that we can do this and that in this way we can improve our abilities and our strength – said Minister of Defence Aleksandar Vulin.

There are very few places in Europe where a 40 kilometre-range firing can be performed, pointed out Acting Assistant Minister for Material Resources, Nenad Miloradovic, PhD, speaking about the firing by the OGANJ modular self-propelled multiple rocket launcher in an extended area of the ​​“Pasuljanske livade” training ground.

“This is a historic moment for us, because something like this has not happened in Serbia so far. It is very important to us because we can prove that we have such a capability, which is significant for the testing of the next generation of weapons and the possibility that the Serbian Armed Forces continue to practice with the new generation of weapons”.

Miloradovic explains that the OGANJ modular launcher is in the final testing stage, and says that G2000 rockets were fired, which have been produced by Serbian defence industry for a long time and are a significant export product.

This is not the first time the modular OGANJ system has fired a G2000 rocket, Miloradovic points out, but it is the first firing in Serbia at a maximum range of about 40 kilometres, which was a good opportunity to test both electronic systems and rockets and the effects of the weapon and the missile used together.