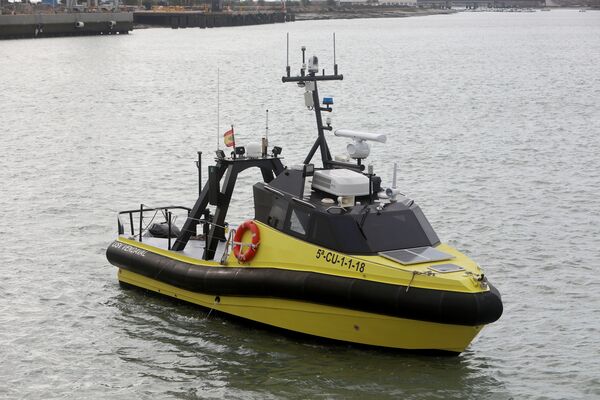 It can be equipped with lethal and non-lethal effectors such as a remote weapon station, water cannon, loudspeaker, as well as a range of sensors including a navigation radar, sonar, electro-optical infrared (EO/IR) system, light detection and ranging (LiDAR) system, inertial navigation system (INS), and automatic identification system (AIS).

The USV can be integrated with shore- or ship-based command-and-control systems and can also serve as a mothership for other unmanned vehicles. It can be directly controlled via tele-operation, although it also offers semi-autonomous operation using preplanned or user-determined waypoints. An automatic return-to-home option is available.

The Viento is designed to perform a range of defence and security operations such as mine warfare, protection of critical coastal infrastructure, as well as surveillance and environmental control missions including support against illegal activities, counter-terrorism, and search and rescue (SAR).

It is working with local company SAES to integrate an underwater acoustic detection system to the USV.

Navantia earlier developed USV Vendaval using AISTER’s RAL-900-ZSF patrol boat as its baseline platform. It was delivered to the Port Authority of Ceuta for surveillance and environmental monitoring missions.