According to information released on the Twitter account of @IiiTango on August 24, 2021, the Omani Ministry of Defense is in talks with the Turkish company Aselsan for the purchase of KORAL Electronic warfare systems. 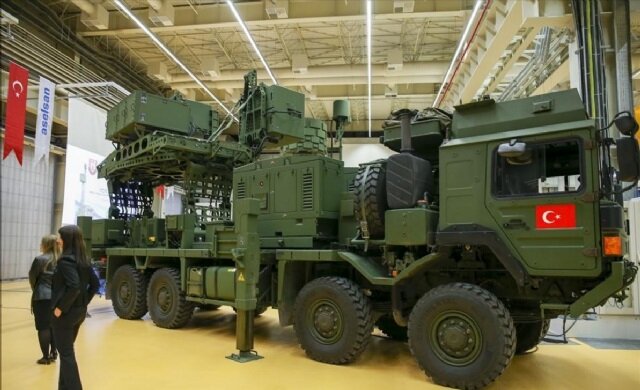 The KORAL is a land-based transportable electronic warfare system developed by the Turkish company Aselsan to jam and deceive conventional and complex types of hostile radar, and analyzes multiple target signals in a wide frequency range, automatically generating appropriate response thanks to its digital radio frequency memory (DRFM) capability.

The KORAL system is composed of two vehicles, one is the Radar Electronic Support (ES System) and one multi Radar Electronic Attack (EA) system to cover the full spectrum, each mounted on an 8×8 tactical military truck.

In February 2016, the Turkish Company Aselsan has handed over its newly developed and locally produced land-based radar electronic attack system called KORAL to the Turkish Air Force. Turkey has deployed a radar-electronic warfare system close to the borders with Syria in order to jam and deceive hostile radar emitters. In July 2021, it was announced that the Moroccan army has acquired Korak warfare systems for an amount of $50.7 million.

KORAL System is operated by two operators within the Operation Control Unit (OCU) and a Supervisor. OCU is in compliance with NATO standards and also supports NBC protection. KORAL System also provides Mission Planning and Mission Analysis Tools as an option. The system is able to operate within a dense and CW environment with a high precision direction finding and a high precision position fixing with multi-platforms. With an effective range in excess of ninety miles (about 150 kilometers), KORAL reportedly could jam and deceive any land, sea, and airborne radar systems.