General Dynamics Land Systems (GDLS) is displaying its next iteration of the Tracked Robot 10-Ton (TRX) and a next-generation electronic architecture at this year’s annual Association of the US Army (AUSA) conference. 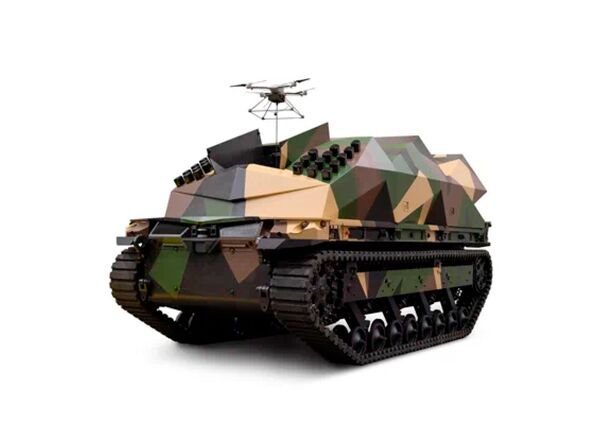 Although the army currently has an RCV-M prototype, GDLS has continued to develop the TRX and has been testing it out the five-tonne unmanned platform with various payloads (weighing up to five-tonnes) at different army events ahead of the service’s 2022 RCV soldier experiment. Such events included one at Fort Leonard Wood, Missouri, in September where the tracked, flattop robot donned ‘implements’ to clear rubble out of the way, as well as a mine-clearing line charge (MICLIC) for obstacle reduction and removal vignettes.