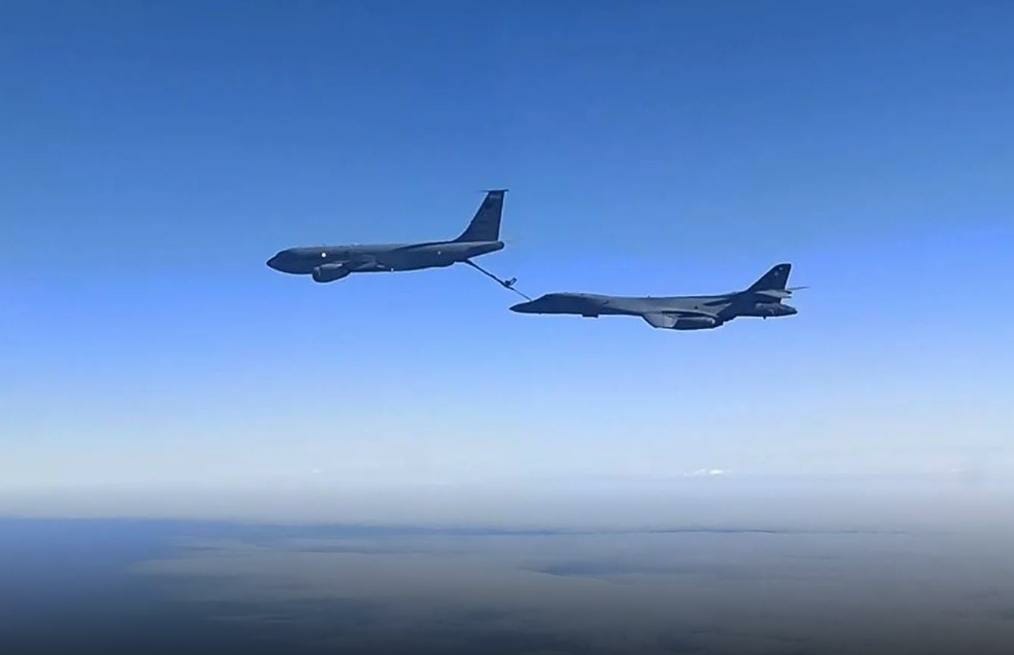 The ministry specified that the Su-30 crews identified the air targets as two supersonic strategic B-1B bombers belonging to the US Air Force accompanied by two KC-135 tanker planes and escorted them over the waters of the Black Sea.

The Ministry of Defense noted that following the turnaround of foreign military aircraft from Russia’s state border, the Su-30s safely returned to the airfield base.

“The flight of the Russian planes was carried out in strict accordance with international rules for the use of airspace. A violation of Russia’s state border was not allowed,” the ministry stressed.

The extended length of the mission required air refueling support from RAF Mildenhall’s KC-135 Stratotankers and a Turkish Air Force KC-135. NATO air refueling increases the combined effectiveness of the alliance by extending the range and duration of the strategic bomber missions.

“Our forces are postured to respond to any threat, anywhere, anytime,” said Gen. Jeff Harrigian, USAFE-AFAFRICA commander.“BTF provides enhanced interoperability training with our allies and partners, building coalition strength, and bolstering our ability to respond to all threats with unmatched power.”

The strategic bombers also integrated with Romanian, Polish, and Canadian fighters, supporting the NATO Air Policing mission over Romania, as they transited through the region and throughout the maritime targeting mission.

U.S. Strategic Command has supported BTF deployments since 2018, which amplifies the European Deterrence Initiative’s focus on expanding partnerships and advancing coalition capabilities throughout the European theater.